The night started conventionally enough with a nice little set from Dirty Strangers. Chirpy three or even two-minute Punk numbers like 'Bad Girls' took me back to the days of the Soho Roses and the Marquee, ever so "Landaan" Town with 'South Of The River' and a bit Sex Pistols with the parody 'Shepherd's Bush City Limited'. Ending with 'Gold Cortina', the mood was jolly and up.

However, unfortunately, it was obvious from the off that when Tyla took the stage he was in a bad mood. Starting late, apparently he was upset that he couldn't hear himself properly due to "the first sound system made by Tupperware", but truth be told the sound seemed OK out front and so must have been a monitor issue. As such, Tyla spent a fair amount of time complaining, including generally that "London isn't London anymore" and appeared to have cut the set drastically. Owner Arno tried to placate Tyla with a couple of bottles of wine, which Tyla jokingly insulted, but did accept and drink. 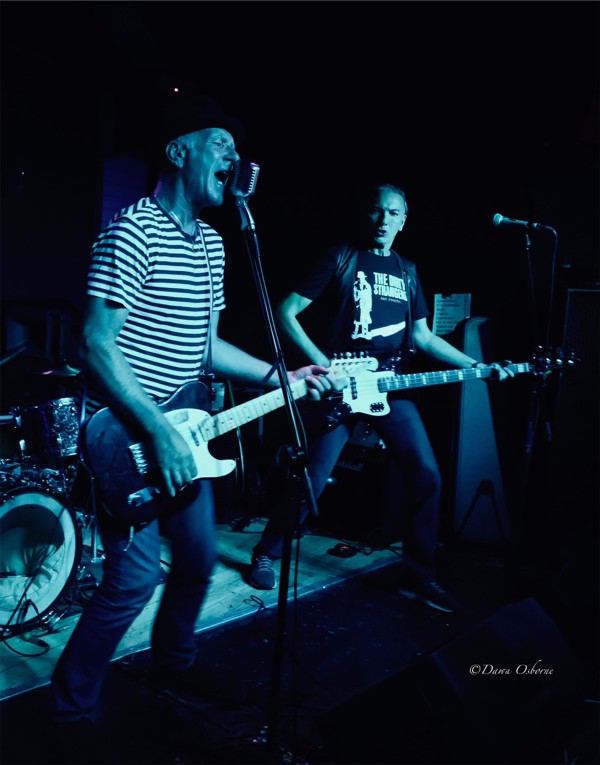 Fair to say the vibes made a number of the crowd uneasy. The band did offer free tickets on the Internet the next day to the next gig, also in London, to anyone presenting a ticket to this one again on the door, but some people did not have an appetite for more after tonight. Myself, I understand that Tyla is hugely talented and often that talent does not come without a mercurial temperament I have heard rumours of before. I suppose it's a miracle that all the times I have seen them, the first being 1987 when they supported Budgie, that this is the first real evidence I've seen of it. When the news comes that he has run out of time he cursed the venue hoping that it would "burn down". I guess Tyla can be like the Girl with the Curl.

All that said, the music we did hear was great! Classic after classic! Starting out with 'I Think It's Love Again', followed by 'In The Comfort Of The Devil' with a bluesy guitar solo, 'Ballad Of The Bullet Proof Poet' and 'Angel' with the crowd singing the chorus loudly. 'Fuck Off Devil' and 'I Don't Love Anyone', brand new solo songs, saw Tyla playing the bass (albeit saying it sounded like it was being played next door). Following 'Bottle Of Red' (also from the new album), we got 'Last Bandits', 'Billy 2 Rivers' (where the audience sang like it was a football chant) and 'Firework Girl'. If I just talk about the music which all seemed perfectly OK to us out front, it was all going so well. 'So Once Was I' was followed by 'Drunk Like Me' which admittedly was a bit messy, but perhaps it suited the song. At that point Tyla got the news that he needed to finish up and so did a short version of 'How Come It Never Rains' before tromping off stage. 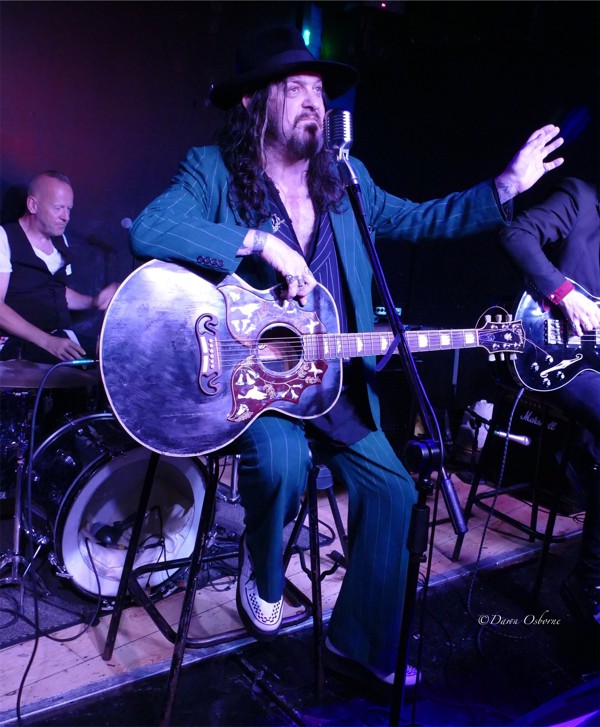 So we did get 13 songs in the end, although I do think we were due to get about twenty if my quick squint at the set list was anything to go by. Like the time Tyla cut himself open on stage many moons ago, to me this is just another unforgettable gig. Maybe it was not for the right reasons, but don't go to the gig of a poet with a wild heart and brain if you want a smooth ride every time.