Faster Pussycat / Emperors Of The Wasteland / Burnt Out Wreck

Burnt Out Wreck are on at an unforgivably early time for a band of this amount of experience and so they have only a modest audience, but they have a big arena AC/DC sound, if not the venue and crowd tonight. This is damn fine Hard Rock, unashamedly pre-nineties and all the better for it. They show that you don't have to be Thrash to be heavy and manage to be classy even when risqué. The songs are absolutely great and probably what people wish AC/DC had produced latterly. On this showing, they deserved a higher place up the bill. 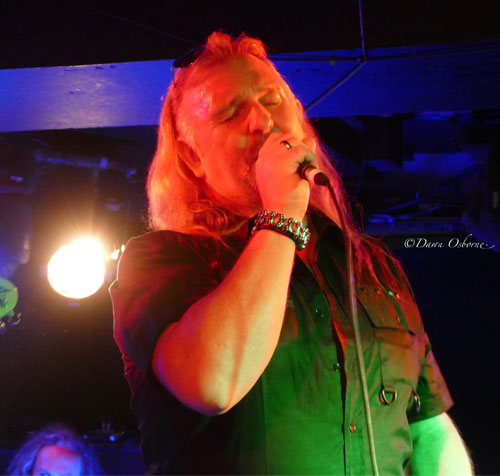 Emperors Of The Wasteland are more Alternative and have undergone a line-up change since I last saw them. Owner of a beautifully snake-embellished Les Paul, the, at times Jimi Hendrix-influenced, new guitarist knows what he is doing and gives an enjoyable performance. One wildly devoted fan lays prominently on the floor in a crucifix position for their song 'Play Dead' and that certainly creates a diversion.

Faster Pussycat pull in the crowds at 9pm despite most of their London audience being at HRH Sleaze the night before for their headline performance. Taime Downe looks well after his recent pneumonia and apart from the odd cough appears to have come through his health scare unscathed, and he rises to the occasion giving his trademark point with a straight arm above the head with all the command of the stage he needs. Sitting on the edge of the stage for 'House Of Pain', he taunts the crowd that they were prettier last time and asks "You guys still here?" However, it's all in good fun and his affection for the audience is obvious, the teasing simply increasing his rapport.

Guitarist Ace Johnson, despite being in the coolest laid-back band imaginable, always puts in a sublime effort on shredding and lifts the songs back to their Rock 'n' Roll heyday. He does a great Rock 'n' Roll interpretation of 'You're So Vain' by which time the crowd are dancing. His rockin' start to 'Bathroom Wall' then gets the crowd jumping, while playing his guitar with a Budweiser bottle during 'Shut Up And Fuck' adds party trick flair.

The same lady who played dead for the Emperors set invades the stage during 'Pretty Fucked Up' flashing her midriff, and although she is clearly drunk and cramping Johnson's style, it does add a flavour of Rock 'n' Roll debauchery to proceedings, thus pleasing Downe no end until she is launched back into the crowd by a handy roadie. Downe does the double horns and the crowd need no excuse to reach a frenzy. Before leaving the stage, Johnson jumps round in a circle and finally hooks his guitar from the ceiling, leaving it artfully at an angle as a final symbol of Rock 'n' Roll. After repeated shouts of "We Want Pussy" from the crowd and the band's then encore 'Where There's A Whip...', there's a massive mosh at the front and a cloud of backcombed black hair and one huge blonde perm – much to Downe's amusement. As he takes it all in and retires from the stage, it's clear that, perhaps despite the odds, Faster Pussycat are still the best cat house in town. 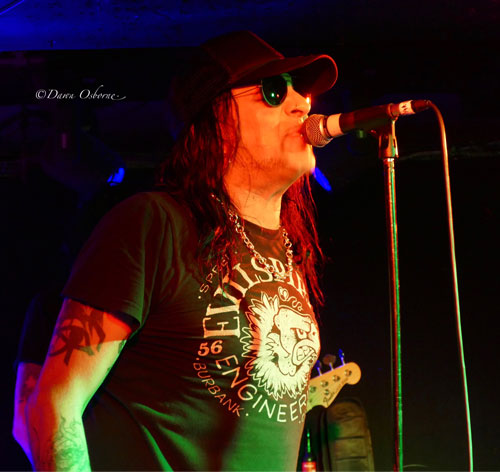