The concert read like JB's musical history with songs dating right back to his very early albums.

Joe Bonamassa's latest venture was a pay to view stream of a live concert from Austin, Texas on 1st April 2021. The live stream is raising money for 'The Fueling Musicians Program' to help artists in need. The seven hundred people in attendance were socially distanced at tables around the venue. This time JB stripped down the normal size of his band to just four. The "Power Quartet" as he had named them were Steve Mackey on bass, Jade MacRae on backing vocals and Anton Fig as usual on drums. The stage was laid out very simply and sparsely containing only a small number of Marshall and Fender amps. JB was dressed in a flamboyant jacket and trousers with sparkly floral decoration on them. The set list had been chosen by the fans and read like JB's musical history with songs dating right back to his very early albums and onward coming up to date with his latest album 'Royal Tea'. 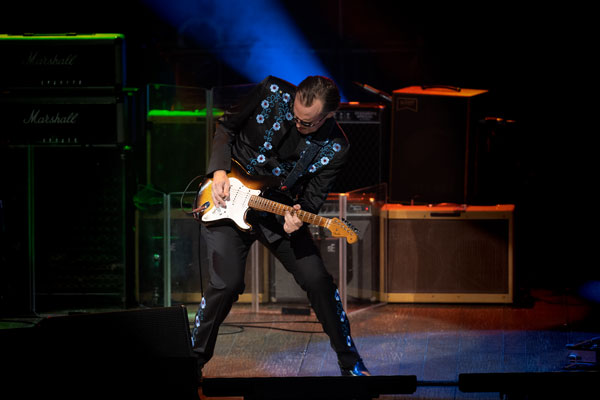 The concert could be viewed on a host of different devices and viewed multiple times afterwards. I viewed this on a 42" TV. From the outset the sound and picture quality were excellent. The band sounded tight and very together. The addition of the backing vocalist added more weight to JB's vocals and she was in perfect harmony with him. As customary with JB, before each song he changed to a different guitar and spoke to the audience about himself, the band or about the song. As can be seen from the Setlist there was a mix of Rock and Blues tunes with a slight leaning towards the Rockier ones. Some of them have never been played live before or had not been played for a long time.

There were a lot of highlights and these are just some of them...

'Midnight Blues'; JB got the guitar tone perfectly and it sounded just like Gary Moore.

'Beyond The Silence'; Fantastic solo utilising chorus and flanger effects.

'Scuttle Buttin'; JB was very brave to play this SRV instrumental but he pulled it off superbly.

'Blues Deluxe'; JB's vocals were stunning and he also played the best solo of the concert via measured changes of softness and hardness on the volume control.

'Ballad Of John Henry'; Good to see the Theremin back and JB not only used his hands but also the different facets of his guitar to play it. JM impressively sang a solo wordless vocal before JB did a very Indian influenced guitar solo.

'Woke Up Dreaming'; JB showed what a great guitarist he is. His hands and fingers moved so fast on the acoustic guitar that it sometimes became a blur.

'Crossroads'; I have never seen him do this before. He kept it very closely to Cream's version and even emulated Clapton's solos. It was the perfect song to finish with. 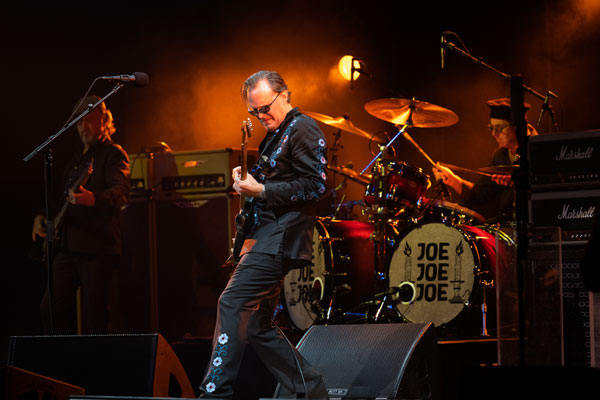