Tonight's gig was the well-known solo Kip Winger acoustic show, a performance accompanied only by bongo drums and Cajon. Winger was comfortable with the crowd and opened with the comment that the show was to have a kick-back feel- this also explained his casual dress. Indeed, the crowd was full of regulars and, dare I say it, old friends. The intimate feel of the show was what made it so special; where else would you get all the details of Winger's recent knee injury and twelve stitches? That being said, we were all undoubtedly there for some of the best singing and playing on the planet.

The show kicked straight into the rich back catalogue with 'EZ Come EZ Go' and 'Can't Get Enuff' making early appearances, by which time the crowd were already into a sing-along. Sadly, at the first break for comic relief, Winger did not have a signal to phone Reb Beach (the Winger guitarist) or any other unsuspecting Rock star. 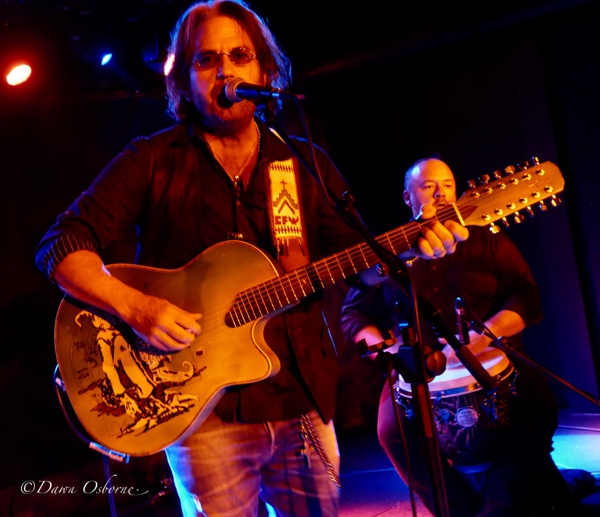 As would be usual for any acoustic show, the vocals were even more in focus and it was a treat, for me, to experience Winger's higher register vocals each and every time this happened. The crowd refused to be left behind, and they sang beautifully to tracks such as 'Rainbow In The Rose'. A tradition is the 'Miles Away' spot where Winger invited an audience member up to sing. This time he topically and pointedly said he will keep his hands to himself as it was a female participant and a nurse! Amazingly, everyone who gets up to do this always seems to know all the words and gets it right as if they'd had a rehearsal; it's certainly not amateur in feel.

A high point for me (and it always is) was the amazing 'Spell I'm Under' which always finds Winger doing primeval cries into the universe that remind me deeply of the human condition as with all great art. I would have turned up just for this!

Musos are always kept happy by the diversity of what is on offer. Anyone that thinks Winger began and ended with 'Seventeen' is sorely mistaken, something that the instrumental 'Free', with its North African influences, demonstrated all by itself. It was also amazing to see Winger play the keyboards, and although he is self-deprecating about his skill, to me it was note perfect! Winger does not miss the opportunity to promote his new musical 'Get Jack', telling the story of Jack The Ripper's five female victims and it was certainly novel when Winger sang a song from it, it's inclusion certainly added to the diversity on this particular night. For those who think he is a one trick pony and the butt of the joke from Beavis and Butthead, he was right to point out that his best answer was his Grammy nomination for Classical composition (for 'Conversations With Nijinsky'). 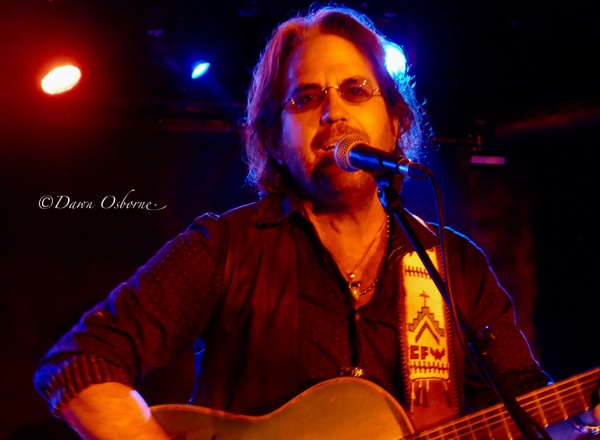 During the show, we learnt there's a new Winger album on the way which shows that rocking it up is still very much on the agenda. We then got back to the hits with 'Headed For A Heartbreak'. Winger has had more than his fair share of tragedy in his life, but the silver lining to that is the ability for him to convey emotion with his voice. This was never more evident than in an acoustic context and this alone will keep me coming to the acoustic show. The screaming in 'Down Incognito' left no-one in any doubt that this was powerful stuff and by no means a neutered medium. 'Madalaine' was delivered with a perfect whisky-laden vocal, the result of years of Rock 'n' Rolling chops. 'Seventeen', in its new guise 'Forty-eight', was still on the agenda, but as I hope I have conveyed above, there is so much more to this artist and anyone here just for that was way behind everyone else present.

This was indeed another great night! Winger always takes the time to meet the fans, take pictures and sign stuff and his merch does indeed go like hot cakes, one person even stated to me proudly, "He didn't have t-shirts last year, so this year I bought four!". Kip Winger: the phenomena – long may it continue.