Opening tonight's show were Blackfoot Gypsies with their brand of Rock, Blues and Hillbilly. Despite the cold November evening and the long queues to get into the venue (due to security checks), the audience took to the Honky-Tonk band from Nashville Tennessee. There are not many bands that have a full-time harmonica player in their ranks, but Blackfoot Gypsies boasted Ollie Dog; they had a solid rhythm section of Zack Murphy (drums) and Dylan Whitlow (bass) but it was the charismatic front-man Matthew Paige (vocals and guitar) donned in his knitted flowery cardigan, red scarf, red trousers and hat, who appeared to be the real driving force behind the band. Their thirty minute set included songs like 'I Had A Vision', 'Lying Through Your Teeth' and 'Under My Skin'. 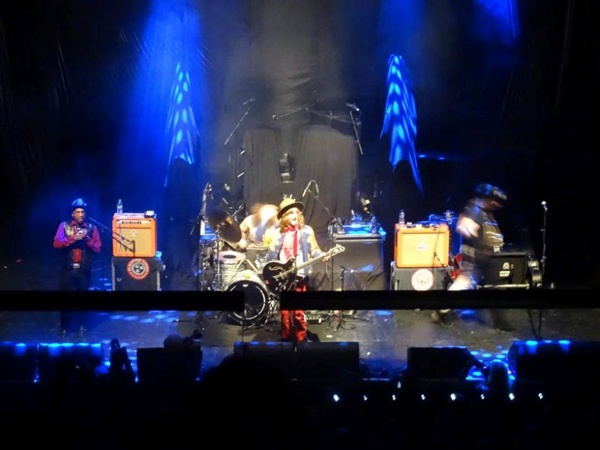 Last week marked the anniversary of the untimely passing of Rock legend Freddie Mercury and almost twenty years to the day we lost another, Malcolm Young. So, it was very apt that I should be seeing The Darkness this evening as without Queen and AC/DC, it's highly unlikely this band would have ever existed.

A long, taped intro played before the band sauntered onto stage in almost pantomime fashion – Justin Hawkins in a green cat-suit, Frankie Poullain in a red, seventies-style Pimp suit, Rufus "Tiger" Taylor in a Kimino-style shirt and Dan Hawkins who brought some sense of normality, all in black with Thin Lizzy t-shirt and jacket.

The evening kicked off in fine style with 'Open Fire'; the sound was reasonable, if not perfect. Tonight's set was drawn from their whole career but wisely concentrated around their seminal, debut album, 2003's 'Permission To Land'. Arguably, they've never quite scaled the heights of that monster first album, but they do continue to come up with some fantastic songs which included the aforementioned set opener, 'Barbarian' from 2015's 'Last Of Our Kind' and new songs 'Solid Gold', 'All The Pretty Girls' and 'Southern Trains'. The songs may have included an abundance of profanities, but they are pure genius.

Following 'Love Is Only A Feeling' Justin Hawkins commented how quiet the audience were, at which point the crowd erupted with the chant of "Yorkshire, Yorkshire,..."; something that would be repeated multiple times throughout the evening.

The comical 'Southern Trains' highlighted the excellent backing vocals of Dan Hawkins and Poullain. 'Black Shuck' powered along where the AC/DC comparisons are obvious and Poullain, who looked like a seventies porn-star, teased the crowd with his cow bell for the intro to the brilliant 'One Way Ticket To Hell...And Back!' 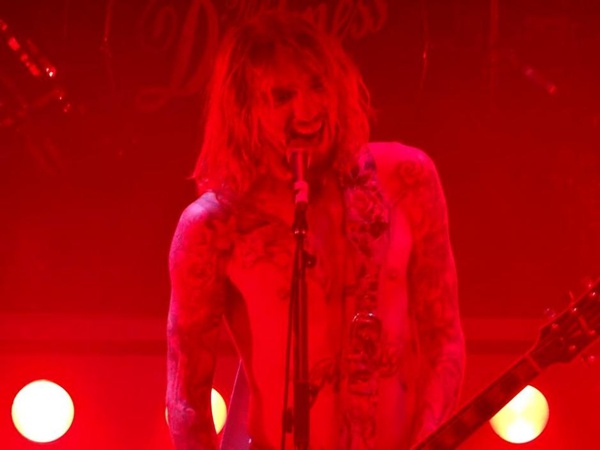 The crowd literally took over vocal duties on the ever-popular 'Friday Night' and the foot-stomping 'Makin' Out' showcased The Darkness' Hard Rock credentials. The main set was concluded with three "old" songs from the fantastic debut, which started with 'Stuck In A Rut', followed by the glorious 'Get Your Hands Off My Woman' that incredulously segued into 'Wind Beneath My Wings' and a couple of bars of Oasis' 'Wonderwall' that, mercifully, Justin Hawkins refused to play. The latter song also included arguably the funniest moment of a show that contained numerous comical interludes when Justin Hawkins was singing solo to the crowd asking them to copy when one lone voice replied in a broad Yorkshire accent, "Motherfucker"!

Following the popular 'Growing On Me', the band left the stage for five minutes; enough time for Justin Hawkins to change into a gold lame catsuit! Despite the attire, Justin Hawkins is not quite as camp these days, the goaty beard and multiple tattoos make him look more the Rock Star as opposed to Julian Clary's wingman! 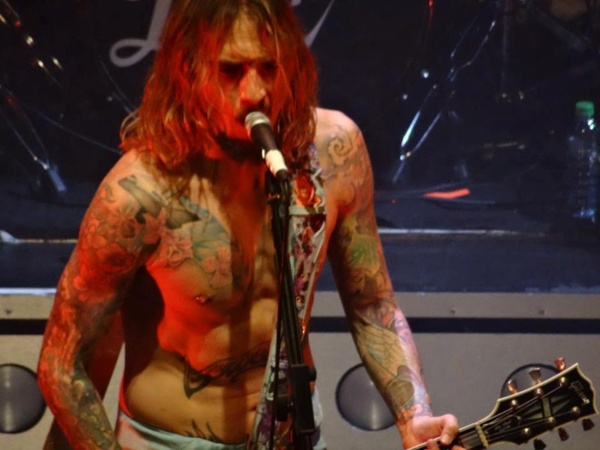 The three song encore song kicked off with the thunderous Metal riff of 'Japanese Prisoner Of Love' before the seasonal 'Christmas Time (Don't Let The Bells End)', a genuinely half decent Christmas song. That just left 'I Believe In A Thing Cold Love' that brought a sensational concert to a fitting climax. 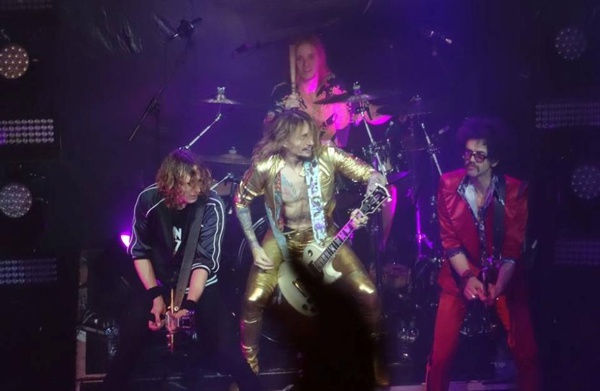 Comparisons are always going to be made with Steel Panther, however, I see the principle difference between the two bands is that one is a parody of themselves whilst the other a parody of the genre; I, for one, prefer the self-deprecation of The Darkness.

Review and photos by Mark Donnelly