I have to admit to being a little bit biased when it comes to The Darkness, having become a fan when I first saw them as support to Def Leppard in 2003 and have always been nothing short of fantastic on the subsequent occasions I've witnessed them. Now here we are in 2017 and the second date on a UK tour and a new album (number five) to promote.

However, before Justin Hawkins, Dan Hawkins, Frankie Poullain and Rufus "Tiger" Taylor take to the stage, Nashville band Blackfoot Gypsies have a half hour to warm up the capacity crowd, and they most certainly do with their brand of bluesy Rock 'n' Roll; think The Black Crowes, Georgia Satellites, early Led Zeppelin or Small Faces and you get the picture. Their set is full of energy and sweat and the songs are mostly from their album 'To The Top'. I decided to purchase the album the end of the night. It was also very kindly signed by the band who we found hanging around the merch stand. 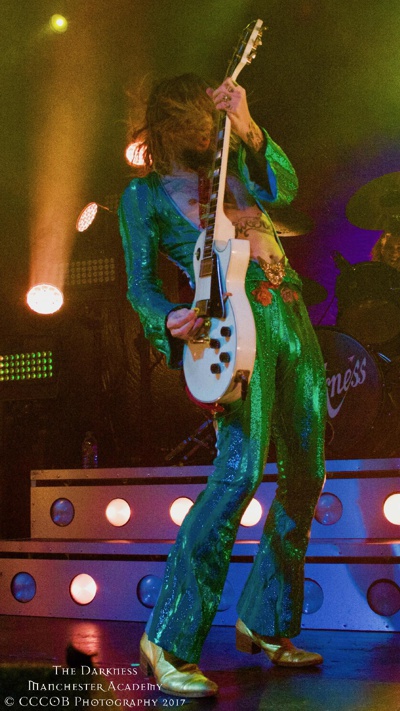 First song up from The Darkness is 'Open Fire' from 2015's 'The Last Of Our Kind' and they follow this with 'Love Is Only A Feeling', and at this point it's safe to say we are in for a great evening as they sound in fine form. The first song off the latest album is 'Southern Trains' with it's no holds barred lyrics on the downside of travelling with said company.

Bassist Poullain introduces 'One Way Ticket To Hell... And Back' with him playing the cowbell and the crowd chanting his name, while 'All The Pretty Girls' sees Justin Hawkins unleashing that falsetto during the intro. 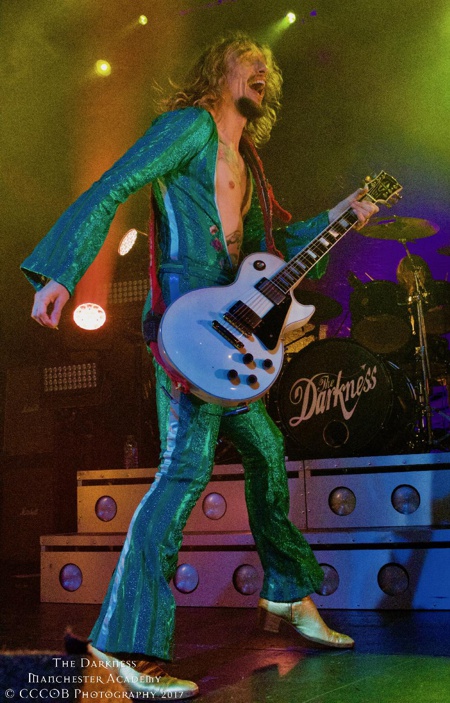 'Friday Night' from 'Permission To Land' has us all being led into a sing-along and it's the band's debut that gives us a three song ending to the set, 'Stuck In A Rut', 'Get Your Hands Off My Woman' and the infectious 'Growing On Me' (a personal favourite). 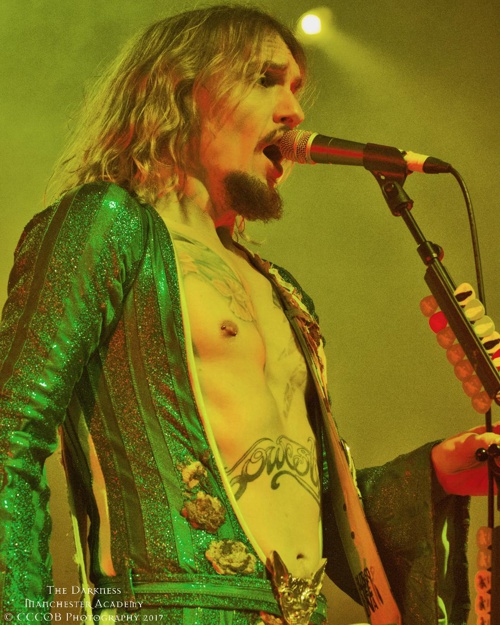 They come back for an encore, they give us the Thin Lizzy-esque 'Japanese Prisoner Of Love', and as it's the time of year, 'Christmas Time (Don't Let The Bells End)' – the best Yuletide song since Slade gave us theirs. The evening is rounded off with their signature song 'I Believe In A Thing Called Love' and we get a double version of the song, a slower bluesier one before the one we all know and love. 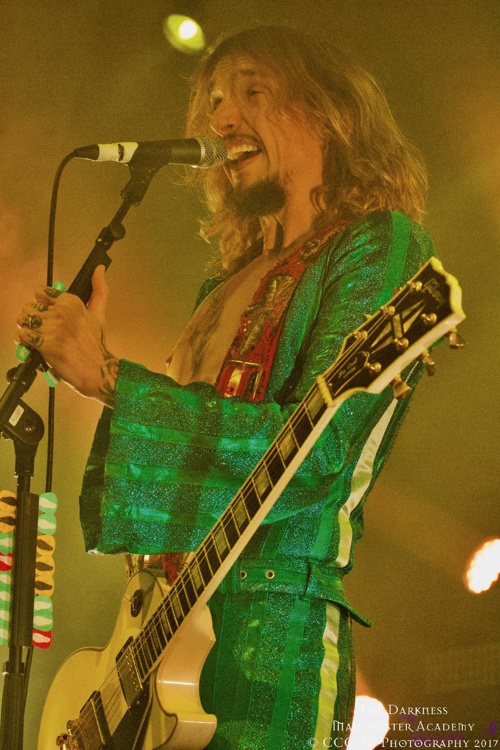 There has been a lot of talk in the Rock press of late as to who the next festival headliners are going to be, with fun, catchy songs and a front-man who can command a crowd, my money is on The Darkness getting a call. As Justin Hawkins so eloquently put it tonight – "simply delicious".