LA based Little Caesar emerged at the tail end of the 1980s, when any number of artists seemed to be signing multi-million dollar record deals, regardless of how good they were. Little Caesar's tattooed biker image was in complete contrast to everything that was going on around them, but musically they triumphed on the back of a Bob Rock produced debut that received critical acclaim. Nearly 30 years later the band have recorded a brand new album, entitled 'Eight', their first in 6 years. Fireworks & Rocktopia caught up with lead-singer Ron Young for a relaxed half hour chat before a recent show in Newcastle (review also on-line), to find out why the time was right to release new material and gauge his thoughts on the changes the music industry has gone through since those initial days of excess. 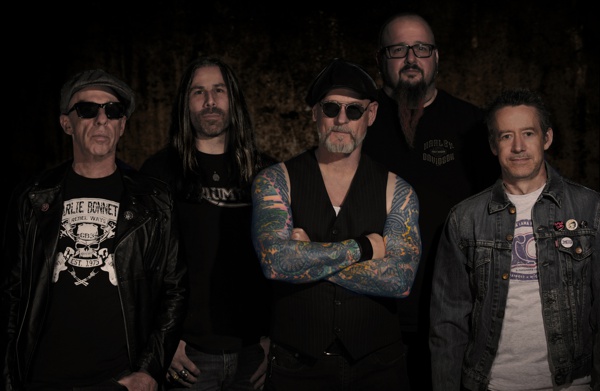 It's been 6 years since the last record because we couldn't find a guitarist who we thought could be a long-term member of the band. Shit, we have the same situation with guitarists as Spinal Tap has with drummers. Alex Kane was our second guitarist for a while, but he plays with so many other bands. He was never around enough to write songs with and when we mentioned a new record and touring he couldn't commit. Mark (Tremalgia) has played with loads of cool people, and used to be in Bang Tango. We approached him and he immediately fit right in. We had a number of ideas and they came together as songs really quickly. We went into Unison Studios with our producer Bruce Witkin, who is almost like another member of the band, and put the whole thing together in just 21 days.

The old-fashioned process for writing and recording seems to work best for Little Caesar and some of the albums created by passing files back and forth by email leave Ron cold. The band passed on a deal with Frontiers, despite a healthy appreciation of some of the artists they have on their roster, due to the project format of so many of the albums that get released on the label.

We were all in the studio together working on the record. Bruce creates a kind of living room environment, with the booths set up for each of us. We usually begin with some loose riff ideas and I take them further by adding some melodies and writing some lyrics. Our bass player Pharoah wrote the song we released a few weeks ago called 'Time Enough For That'. I always write the lyrics for our songs and this was the first time, aside from the covers we do, that I've sung lyrics written by someone else. The song is doing really well and we're in the process of working on a video to go with it. Pharoah also came up with the song 'Another Fine Mess', which is a cool song about guys never learning from past mistakes. It's important to us that the songs have a live feel to them. Our first record was produced by Bob Rock and we were disappointed with the way it sounded. As we were cutting the guitar tracks for the debut Motley Crue went to number one with 'Dr Feelgood' and all of a sudden we went from Bob Rock making our record to us making his. We wanted to make this Bad Company or Stones type record, like you heard in the 70s, and it just turned out so differently to what we initially talked about. Now we even leave in any small imperfections to make it sound as raw and personal as possible. We do it so fast that it leaves no time to be over analytical. I think after 30 years we have finally achieved a sound that captures what we are all about.

The opening track on the 'Eight' album is called '21 Again'. Most people would kill to be able to go back to that time but Ron is a little more reflective.

Part of me wishes I was 21 again, part of me doesn't. As the saying goes.....'you grow old too soon and smart too late'. In the last 2 months I've had an abscess on my face that required surgery and a few days later I had a hernia operation. Last year I had spinal fusion and now I have bronchitis, which I've been fighting for several weeks. When I was 21 I could stay up for 3 days without any sleep. We're not millionaires and we are only playing small venues, but we love what we do and we love being together as a band. As you get older you appreciate things like that a lot more. Being able to do it on our own terms is important to us and just shows how passionate we are about the lives we lead.

A track on the new album is called 'Vegas' and contains the line 'too stupid for New York, too ugly for Hollywood'. Without naming too many names Ron's opinions on life in the city where he lives couldn't be clearer.

Yeah, that line is one of mine. I'm a New Yorker originally, but I've lived in Los Angeles since 1985. Basically I'm a New York native on an extended stay. There is such a difference in attitude between the 2 places. LA is so fake. It's all about the look and the social standing. It's so 'look at me, look at me' and it's so fucking tiresome. There are even TV programmes about it all, so called reality TV programmes, almost as though they are promoting the whole fake lifestyle.

The debut album is regarded by many as something of a classic. Though a second album was released the musical climate changed, before there was an opportunity for things to get moving for Little Caesar properly.

We put the band together in the 80s, when all the 'hair' bands were hot shit. We weren't a fucking 'hair' band. I couldn't sing in a high register like some of those guys. Looking in the mirror I couldn't tease my hair or put on fucking make-up. So many people had rock star attitudes before they were even rock stars. We were just a bunch of friends who rode motor-cycles and were into bluesy hard rock music. Through the years we've just tried to stay true to that ideal and keep it honest. If we could ever become famous doing the music we wanted it just means we could do it more. When you play a record it's a listening experience. Tonight at the show is a real music experience. It's an energy exchange between the audience and the band. It's a moment in time that you can never get back, so every time we play it's magical and I'm so blessed to be able to do what I do.

Ron has been involved in other projects, when Little Caesar haven't been active. These have included Manic Eden, Dirt and the Four Horsemen. It seems that Little Caesar have a good flow going now and it is unlikely that there will be 6 more years to wait until another album.

There have been several lengthy periods of inactivity for the band, but I've no regrets about some of the other bands I've worked with not going further than they did. I love the guys I was with in Manic Eden and thought we made a really strong record. I couldn't maintain the lifestyle though. It was crazy. I was acting like a spoiled kid because I didn't become the rock star I wanted to be and I ended up in rehab. You value your time more when you get older. You spend so much time with the guys on the road that it impacts on long-term relationships. When the band wasn't active we were still all hanging out together. We're best friends. Every year we are out on tour but you also have other stuff in your life going on and you shouldn't lose sight of how important some of that is.

Some may not know that Ron made a brief appearance in the blockbuster movie 'T2' for director James Cameron. It may not have been that memorable for many but his recollections of the experience are still fresh....as though he has been asked lots about it during the intervening years.

Back in the early 80s in New York I was in a rootsy rock band. I was friends with someone who was an acquaintance of the director Kathryn Bigelow and she approached us to do some music for her first film. We all became good friends and when we moved out to LA so did she. She married Jim Cameron and he asked me to be in the movie, in a small role. Jim isn't liked by very many people and on set he has very few friends. To the extent that on the set of 'T2' the crew were walking round wearing t-shirts that said 'T3 not with me'. He is a perfectionist though. We shot the scene in the biker bar and I ended up hitting Arnold Schwarzenegger around 2 dozen times on the head and neck with these light balsa wood pool cues. Actually the night we were shooting the scene was the night of the Rodney King incident, just several blocks away. All the security guys on the set were freaking out about what was going on. On the back of that small role I even got my union card. I've known actors who have been trying for 20 years to get a union card. I guess my acting career is on hiatus. You never know, this music thing might not work out! 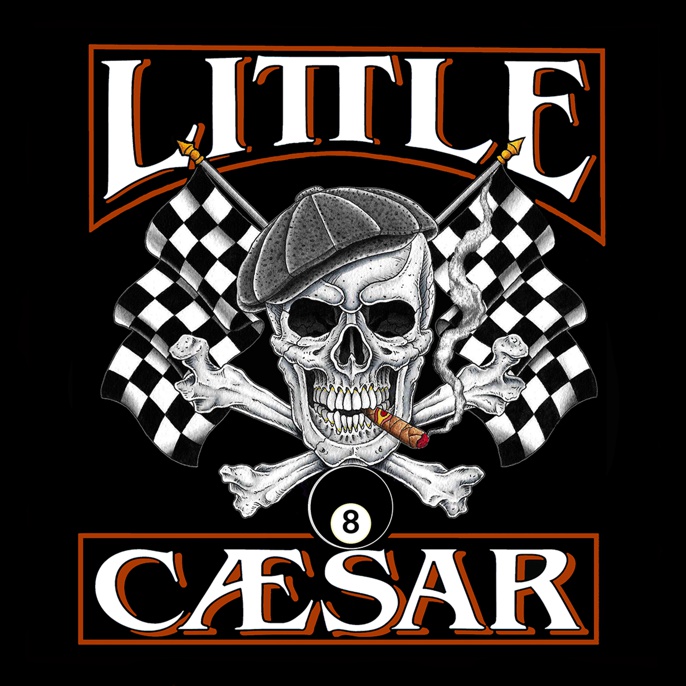