Interview with My Soliloquy

Following the recent release of My Soliloquy's sophomore studio album, Engines Of Gravity, Pete Morten and Damon Roots answer 10 questions submitted to them by their lovely fans. 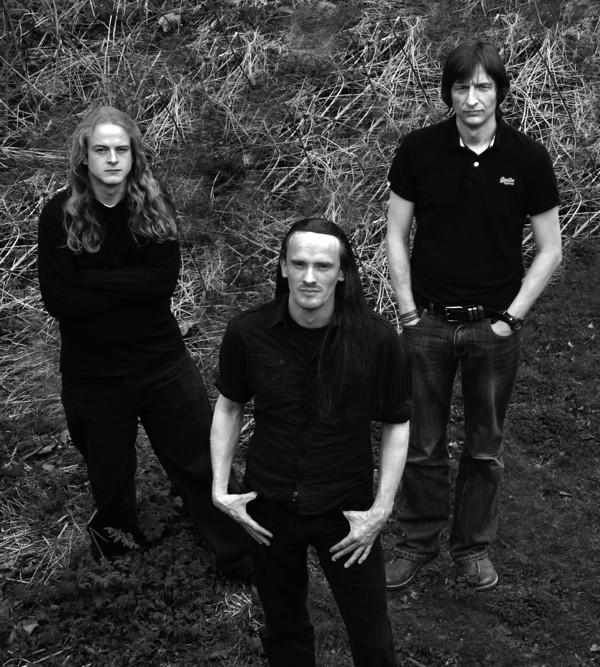 What informed the production sound you went for on the new album and were there influences of other albums that you used as a reference point?
(Finlay Crawford - UK)

Pete: The production process was two fold. On one hand, myself and Damon, did a lot of pre-production work before the main mixing and mastering sessions at Aubitt, took place. So even though we weren't addressing the production from a sonic perspective, at that stage, I, in particular, made all the mix decisions, that made it to the final mix of the album.

This is because, I always have very clear ideas about the placement of instruments, and where they should lie within the musical landscape.

As regards Rob Aubrey's input, well, what can I say?. He's just a master at what he does. He understands very well, what it takes to get an album sounding it's best, and he went beyond the call of duty to deliver on 'Engines'. I think sonically, it's a big improvement on the first album.

The only actual "reference point" as you put it, I can recall, was in the song 'Darkness Is Gathering'. In the epic mid 8 section, where the drums finally join in. I remember I wanted the chords, that are played on the rhythm guitar, to sound like the guitars in Dream Theater's 'Space Die Vest'. John's simple chords, are nicely understated, but in the mix, just at the right level. I was aiming for a similar effect in 'Darkness'

What is success for you? Is it the intrinsic satisfaction derived from the knowledge of having put out some great music?. Is it the 200 more copies of a new album sold? or Is it just that little bit more publicity achieved with a new album?
(Klaus Peter Jansen- Germany)

Pete: I think you've hit on all the key things with this question. It's all of them ha ha. Being a truly independent artist, as I am, having any amount of success on any of those fronts you mentioned, is a major notch on the bed post, so to speak.

Of course, it all starts with artistic integrity. It has to!. That's the spring board, from which I launch myself into a project. But once I feel assured of that, then any commercial or publicity success that follows, or great feedback from fans, is like the icing on the cake.

We're funny buggers, us artists ha ha. I mean, there is a deep knowing within us, that we believe in our work, but of course there's always this unknown element, which I guess you could call doubt. So you can start thinking, "will people like it" "what will the press make of it" "Is this going to suck live" ha ha. All these types of questions can very easily knock you off course. But when positive feedback comes back, by way of either a lovely email from a fan, or a great review, it vindicates all your efforts somehow. It confirms what you kinda knew all along.

Do you use modded effects pedals?
(Lorne Smith - UK)

Pete: If you mean, customised effects units, then no. That said though, all the guitar sounds, come from customised patches, as apposed to presets. A long time was spent on programming the Pre-amp patches. I use the Rocktron Prophecy II Pre-amp. I got it when I had an endorsement deal with Rocktron.

When it came to recording the album, I just used a 'Sans Amp' plugin, within Protools. This saved me having to bother with D.I. boxes and figuring out mic placements, while I was just in the tracking stage. However, when I got to Aubitt Studios for the actual production, mixing and mastering, of the album. All the guitars were then re-amped using the Rocktron Prophecy II, powered by a Rocktron Velocity 300 Power-amp. I can't comment on mic placement, as Rob (producer) took care of that. In some instances though, we even kept the Sans Amp signal in the mix. It had a great sound. All the guitars were tracked twice.

Are there any parts of the creative process that you don't enjoy?
(Chris John - UK)

Pete: Yea, getting stuck or having writers block. It rarely happens, but when it has happened, it can be very disheartening. I remember getting stuck in the mid section of 'The Progenitor' from the new album. It was frustrating, because I could see and hear the outline of what was needed, but it took a lot of work to get there. However, now, I think it's one of the more exciting sections on the whole album, so the pain was worth it, ha ha.

Damon: I think the bit I dislike the most, is the start of a project, or getting started. The start is like a hurdle that I don't like having to crawl over!. However once I'm over it and up and running, it's fine.

Will you be assembling a band to tour Engines Of Gravity this year?
(Guy Jessop-Braithwaite - UK)

Pete: Yes, rehearsals begin in May. I'm looking forward to getting the errr... "Engines' running, and getting out on the road to support the new album.

Pete: No regrets. My choice to leave the band was a well considered decision. One that I agonised over for the best part of a year. The only thing I miss is the touring, and of course, while things were still great, I miss the level of companionship that we had. When a band is a tight unit, it feels like it's you against the world. There's a certain amount of safety in that.

Who are you currently listening to and enjoying?
(Matt Foyle- UK)

Pete: Well I haven't been following much music by other artists recently, because I'm always so preoccupied with writing my own. That being said though, I recently discovered Shine Down, as my girlfriend was playing them in the car. They're a great band, from what I've heard. really good song writing.

Outside of the music world, Who inspires you? Can you name anybody as one of your role models And why?
(Jon Bone- UK)

Pete: For me, it's always the underdogs who have, against all the odds, excelled in their chosen fields. You see, I count myself among their number, the big difference of course, between them and me is, I have yet to achieve what I'm aiming for. Any success stories of that nature, always give me both hope and inspiration to carry on, even when things look grim. Arnold Schwarzenegger life story is remarkable. I read his biography a while back. He literally came from poverty, and from the most unlikely of circumstances. Yet has made an incredible success of his life, not only as a leading man in Hollywood, but also as a business man too.

Damon: I cant think of any one person in particular. However it would be anyone who has achieved things in the face of great adversity. Whether that is the Olympians competing in the Paralympic Games, the Afghan girl shot by the Taliban, or Stephen Hawking, to name a few. As soppy as it sounds... my kids/step kids are an inspiration too.

What themes would you like to explore in your music?
(Peter Brown - UK)

Pete: I'd like to fully explore my spiritual interests. In point of fact, I've begun writing for the 3rd album, and it's going to be centred around that interest. So we're clear, I don't mean religion.

I feel I am a deeply spiritual person, and it is my intention to explore that further, both as an artist and in my day-to-day life too. Beyond that, the 4th album has also been planned, but I'm not going to disclose what that's about just yet!.

Do you have any funny tour stories?
(Sarah Clarke - Australia)

Pete: Once on a My Soliloquy tour, we hired a transit van to get to a show somewhere. To save money, all five of us just traveled in the van, but of course, there was only room for three of us in the actual cabin.

So myself and the other guitarist, Mike Gilpin, went in the back, with all the gear. To pass the hours, we took one of those small magnetic travel chess sets. We were playing it hunched over guitar cabs, in the dark, by torch light ha ha.

What's funny about this story, is that we were pulled over by the police, because, Andy (the original drummer) got a little lost at a junction, and did a minor traffic misdemeanour, because he exited the roundabout incorrectly. Anyway, me and Mike could hear Andy getting a dressing down by the copper, which was funny in itself. but we were terrified he'd ask to see in the back of the van. We were sat there in the dark, sniggering like little school kids, trying not to be heard ha ha. If he had opened the back of the van, he'd have seen two dudes playing chess in the dark, amongst a ton of music gear, haha. Andy would have been in a lot of trouble if that had happened!. Thank goodness we remained un-rumbled and was allowed to go on our way. The show was great too, if I recall.

My Soliloquy - 'Fire In The Blood' - OFFICIAL Music Video: