The latest issue of FIREWORKS sees a true superstar grace our pages, as Canadian legend Bryan Adams tells us about his latest studio record and touring plans.

We also have the guitar wizard Joe Satriani talking about his new album, while Marillion discuss 'An Hour Before It's Dark' and their deluxe reissues. And that's before we even mention Germany's legendary Scorpions, who demostrate they've still got what it takes a whopping fifty years since releasing their first record! Also check out the in-depth look back at the early years of Magnum, with Dave Ling penning the fascinating seven page feature.

There's also interviews with Roger Daltrey, FM, Saxon, Jethro Tull, Edgar Winter and many others – 40 interviews alongside all our usual reviews (more than any other music magazine) and recurring features. It's crammed into 180 beautiful glossy pages, our biggest issue EVER.

FIREWORKS Issue 98 has something for everyone. Available in WHSmiths on March 17th, or you can have one posted to you by pre-ordering HERE. 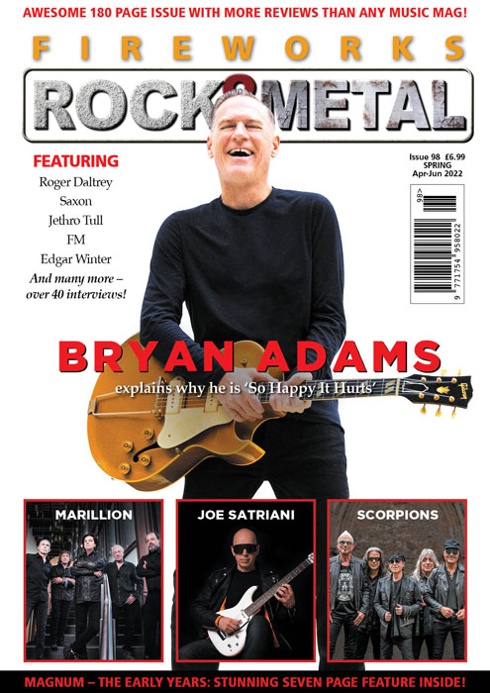