In the late 80s and early 90s, Fiona Flanagan was the darling of the KERRANG! office, being at once both irresistibly cute and phenomenally talented. Bursting onto the scene in 1985 with her self-titled debut album, Fiona went onto record three more albums, even generating a minor hit with ‘Everything You Do (You’re Sexing Me)’, a duet with Kip Winger from 1989’s ‘Heart Like a Gun’, before calling it a day after 1992’s ‘Squeeze’, returning to full-time educating, getting married and raising a family. Having also taken time to try out her acting chops with a guest appearance on Miami Vice, as well as appearing in Hearts of Fire with Bob Dylan and Rupert Everett (whose soundtrack features four exclusive Fiona tracks), it certainly seemed a shame for the entertainment world to lose such a charming, beautiful and endearingly crazy performer. But now, almost 20 years after her last recorded release, Fiona is back – as incomparable and delicious as ever. Hooking up with the tried and tested team of Tommy Denander, James Christian and Robin Beck, Fiona’s fifth studio album ‘Unbroken’ remains firmly entrenched in her signature sound, and for that we can be truly thankful. Bruce Mee catches up with the lithesome chanteuse to find out what has been happening during the last 19 years…

It's been almost 20 years since 1992's 'Squeeze'. Why the long break, and why the decision to come back now?

I was very unhappy after ‘Squeeze’. Not about the music but about my life. Beau [Hill] and I were breaking up and I felt very stressed. I was directionless. I was scared. I pulled a Monty Python. I decided academics was the way to go. I liked the structure and the reward of getting an A+, especially in the History of Ancient Greece, which has been of so much value to me … I'm interested in just about every subject so it was exciting. California had wonderful opportunities. I had already been attending night classes for fun at Santa Monica College, I transferred to UCLA as a junior then graduated the next year with a full degree. While I was going to school I met and married my husband and I worked full time for my friend, Danny Sugerman, who was writing books and managing the Doors. They were very kind to me. My husband still is!

You've been working with Robin, James Christian and Tommy Denander ... can you describe to us the writing procedure for this album.

It was done in Cyberspace. Woooooooooooohhhh, scary. I had to learn to use the gear I had already owned for years. Tommy would write and record an entire track. If James liked it, he'd send it to me. I'd transfer it to Guitar Band and sing/record a melody then send it back to James. Sometimes we changed things around. For the actual singing of the tracks I'd go to James' studio and he would direct me. I haven't met Tommy yet, but we did have a baby - that was tricky. Two songs were fully written by The Elements and I just sang them in the studio after James and I picked a key. I did two covers, the original version of Shadows of the Night by DL Byron. I just love that song so much. The original lyrics are dark and so filled with meaning. It was a perfect fit. Did you notice the different lyrics? That was part of it. The hard part was not copying such a great singer and focusing on the song itself. I specifically chose a low key so I wouldn't be competing with her soaring vocals. I wanted it to be angrier, sadder. To me it is transformed. Maybe people will enjoy listening to both versions. He's a great writer. I think Bobby suggested that, maybe not the song itself but DL's work. I just couldn't let go of Shadows after hearing his version. And I sang my favourite Prophet song, ‘Everything You Are’. That was the first song we recorded. Scott Metaxas was my second boyfriend! He says he wrote ‘Away From You’ for me. Maybe he said that to all the girls. He was pretty cute! Still is. We were both in cover bands when we met. When I found out that Joe had died and then Dean, I was distraught. Dean was such a great singer. It's a bit of a tribute. I hope I did it justice.

Had you still been writing over the years, and had a collection of songs to choose from, or were the songs written especially for the new album.

No, I haven't been writing through the years. I did figure out how to transfer some old songs I had on cassette to my computer. Pretty simple, male to male. Duh. I sent about six songs to James that I had always been dying to use and he loved four of them. ‘Badge of Love’ which I wrote with the amazing Holly Knight, ‘Wild One’ with melodic rock king Brian McDonald, ‘Get Yer Kix’ with the awesome Marc Tanner, and ‘This Heart’ which I wrote with Laura McDonald on an old, old 4-track in her apartment so many years ago, for which Bobby Messano helped me write a new chorus for and we turned it into a duet for Robin and me. We re-recorded everything from scratch.

Tell us about some of your favourite songs on the album.

I know this sounds stupid but I like them all. ‘Loved Along the Way’ was the first new one I wrote and I was trying to say something relevant. It does make a point that I am proud of because I am glad that I have lived the life I have. I also love ‘Broken’. I was so freaked out I think you can really feel my despair. The world is so crazy right now. I think listeners will be able to relate on many levels.

Did you find it easy getting back into the groove, or did you have to work on your vocals strength?

I had to work. At first I had no breath and it is freaking power singing. Talk singing is easy. You can do that when you're 102. I do vocal warm ups and I have sung a couple of very long shows/rehearsals with cover material like I did as a teen, that really whips you into shape - the sheer time involved. I also forced myself to memorize the songs so that got my brain in the right groove. Songs I write I don't need to learn but bar band stuff I have to understand what the writer was trying to say logically so it comes to me as I'm singing. It's a lot easier to give a performance when I understand where the song is going and why. Like I said, not an issue if I wrote it myself. 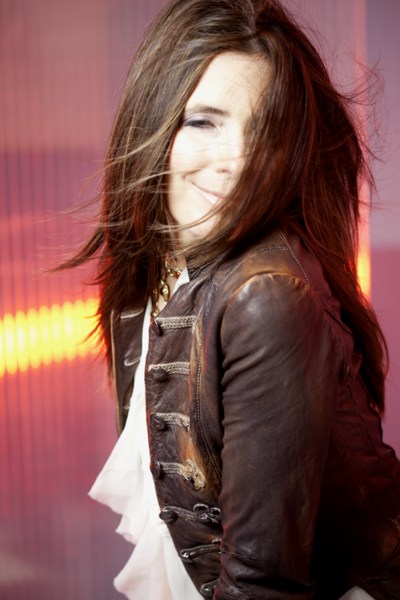