Back in 1996, the UK melodic rock scene was treated to the excellence of not one, but two wonderful albums from newcomers Ten, the band formed around vocalist/song-writer Gary Hughes and featuring three former Dare musicians in guitarist Vinny Burns, drummer Greg Morgan and bassist Shelley. Also forming an important part of the band was former After Hours/Tygers of Pan Tang keyboardist Ged Rylands, who remiaind with the band for their first four albums, leaving after the seminal ‘Spellbound’ to be replaced by none other than Don Airey! Now 13 years later, after an absence from the music scene, Ged is once again testing the waters with his first solo album, and not being content to do things by half, has enlisted such luminaries as Harry Hess, Danny Vaughn, Vinny Burns and Kane Roberts to the cause. Rocktopia caught up with Ged to get the full story …

How did you come to leave Ten, and what have you been doing since then?

Ten was a very enjoyable time for me. I learnt so much from being people such as Gary, Vinny and Mike Stone to mention a few,learning the recording process, playing really big shows Japanese tours, TV shows etc, but around the time of the Spellbound album, things where changing on the business side, and more importantly, I became a father - plus my situation meant that I was pretty much the sole parent, as I am today, so the time I could give to Ten diminished so much that I regrettably decided to leave. I did sign a deal with Z Records but it was really not a great time in my life and I actually sold all of my equipment and fell totally out of love with music. Things were that bad. I got a "proper" career and continued to raise my daughter as a single parent

Why, now, after all this time, have you decided to do a solo album.

A couple of years ago, I built my own studio at home and started to record some of the songs that have been playing in my brain for so long … they where never meant for release until I played them to a couple of people, Bruce Mee being one of them. My girlfriend was a huge driving force in pushing me back into it, and they made me believe that they where actually pretty okay, lol! So it kind of started from there..

How long has it taken to write the songs for this release?

Some of these songs I have had since the Ten time, and some are brand new. I have song ideas every day, but like most people, never recorded them. Then of course you can never remember them, so now I record the ideas either in my studio, or if I'm out and about, I sing into my Blackberry. Most people look to see where my carer is in supermarkets when they see me coming towards them singing into my phone!

Tell us about the singers you have on the album, how it was working with them, and how you decided who to sing what.

Well I sat down with Bruce at Z Rock last year, and said who I would love to work with, but never in a million years actually thinking it would happen, but It did! We have Harry Hess who sings on a track called ‘See You Walking By’. I actually had Harry's voice in mind when I wrote this track as its kind of in a Harem vein, so when he ended up actually singing on it it was a bit like deja vu. In this digital age, Facebook, email etc are the communication tools that people work with now, so I sent Harry the backing tracks and guide vocal for the melody, he said "leave it with me " and a week or so later he sent back the track. The most surreal moment was hearing Harry singing in my studio on my song!!

Danny Vaughn is another guest on the album. I am writing some stuff for a different project with Danny for later this year, and asked him if he could do some singing on my album, which he kindly said "no problem". Danny sang on two tracks: ‘Spinnin Wheel’ and we co-wrote the track ‘Over and Over’, which I think could be a single hopefully.

David Reed Watson came to my attention via an MP3 file on Facebook where he sang ‘Happy Birthday To You’. His voice was so unique, and "old school", which is the kind of road I’ve gone down with this album. So I contacted him and he has sang six tracks on the album. He's a real find and will be with me at live shows later this year.

The song style was pretty much tailored to each singer, so I've got a great mix of styles on the album, from big epic tracks to commercial rockers - all with big sing along choruses naturally!

(Please note that Adobe Flash® Player is required to listen to the samples, you can download you free copy here)

I always thought Ten should have done more instrumentals, and you have an epic one on here featuring Vinny Burns, Neil Fraser and Ralph Santolla. Tell us about this track, and how you got all the guys playing on it …

The track itself, ‘Requiem for the Forgotten Soldier’, is a bit of a tribute to all of our soldiers around the world. I had this military snare beat that I wanted to do something with, and I thought it would be a good intro into another track, very much what we used to do with Ten, but it kept growing and its actually now just over seven minutes long! I have been doing some writing with Vinny Burns and asked him to do a solo on it. Ralph Santolla heard about this and challenged Vinny to a duel on my facebook page ... so the challenge was set! Neil Fraser was down at my studio doing other stuff and wanted to do a solo too, plus Xander Demos, a really great guitarist from Pittsburg, also got involved, so it wasn’t so much the three tenors as the four shredders, haha. Each has quite a definite section, with a bit of crossover, and I twin some of the bits every now and again with keys and strings. We did do the ‘Pharoahs Prelude’ live with Ten and that was the nearest we ever got to doing a full blown instrumental. Shame really. Talking of battles and duels, me and Neil Fraser have a great keys/guitar battle on the track ‘Spinnin Wheel’. Neil thinks he won but I know better, haha!

Tell us about what Kane Roberts has done, and how it’s been working with him.

Kane has been doing pre-production and production duties with the recording of David's vocals in Los Angeles, as I couldn't be there at the time. I needed somebody who could nurture Dave's talent and get me the best results in the studio, which he has done magnificently. We talk regularly now and he has become a real supporter of my songs

I understand you want to write together in the future?

Yes, and we have already started swapping ideas for an album project, plus there's a couple of other things that we may get together to do. He gets my songs and where I'm coming from and it seemed rude not to work together!

The album is self-financed … what are your plans for getting it out there?

I wanted to finish this album in my own time, to get it as right as possible without the pressure of deadlines, so I made the decision not to get the labels involved until it was all recorded. I am just starting to talk to companies now, and the response is already great, so hopefully I will be able to choose the right team to mix and release it in the very near future. 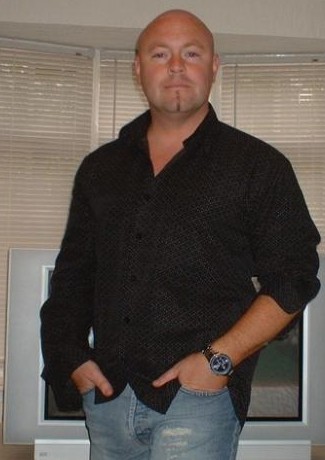