What (or who) got you interested in rock music in the first place?

When I was kid, being a shy only child, the radio was my best friend. My fantasy ambition was to become a rock DJ but the closest I got to achieving that goal, was having my own little shows on a couple of college radio stations.

Who was your first interview with? How did it go?

My first real rock star interview was done when I was a college kid spending a summer vacation in London. It was with Kinks drummer Mick Avory. My only previous writing credentials were a couple of articles for my college newspaper. I’ve always loved The Kinks, and with a little New York bravado called up their record company and tried to get an interview with Ray Davies. When I couldn’t get Ray or then Dave, it was arranged for me to interview Mick. I met Mick at the band’s Konk studio recording facility, and couldn’t believe I was actually there. When I listened to the taped interview later, there was so much background noise, that I called up Mick, and asked if I could do another one at his home. To speed up the story, I later became very good friends with Mick. Every time The Kinks would come into Manhattan, staying at the famous Warwick Hotel, I would ring Mick up, and we would go out club-hopping, usually also with fellow Kinks Jim Rodford and Ian Gibbons. I’ve since interviewed the various Kinks, Ray, Dave and Mick a total of nineteen times, far more than any other band, and it’s always still a great honor for me. Ray has always been my favourite composer.

Have you had any difficult interviews?

I’ve actually only had one interviewee be rude to me, and another complained about me later to his publicity firm, for reasons that are still incomprehensible to me. Neither are major stars…I have to say the old cliché stands that says “The bigger they are, the nicer they are.” I feel very fortunate that I’ve interviewed more than forty artists who have been inducted into our Rock And Roll Hall Of Fame, and every one of them was as cordial and professional as you could hope for. I guess the weirdest one was with the legendary leader of probably America’s most famous band (I won’t say which one!) who was having some serious psychological problems at the time. He hadn’t done any real interviews for years at that time, but through some personal contacts, it was arranged for me to speak with him at his hotel room. He was in a very agitated state…bad mouthing everyone. When the phone kept ringing incessantly in the background, he threated to rip it out of the wall, and I was politely asked to stop the interview and leave the room. As for which interviews have been the most fun, I’d say the ones with Ron Wood, Little Richard, John Lydon, Robert Plant, Etta James, and Les Paul…all great
characters.

What do you write for now?

What have been some of your favourite moments as a rock journalist…so far?

I guess being invited to a special event on the battleship Iowa that The Beach Boys were hosting for American president Ronald Reagan, and a host of other famous people. As I had arrived late and the ship was already out to sea, someone working for the band called up the U.S. Coast Guard who sent a dingy for me and (U.S. entrepreneur) Ted Turner to bring us to the ship. We were then escorted up a roped ladder onto the massive legendary vessel. I promptly went through every restricted area that I didn’t belong in, and when I arrived on the top level, band member Carl Wilson who was in the middle of performing, looked at me with a startled look, as if to say, “Elliot , how did you get up here !” Carl was always so nice to me whenever I would be backstage with the band. Despite the fact that no photographers were allowed to take photos there, Carl generously posed for many photos with his then steady, Dean Martin’s daughter Gena, with the Statue Of Liberty in the background. Also, as a publicist, arranging and  co-hosting a post – concert party for Johnny Cash, who was as gentlemanly as his public image.

What are your thoughts on the current state of music magazines in the USA?

Rolling Stone has always been the benchmark for rock journalism, although they haven’t been strictly rock publication for some time. They used to have some really terrific contributors like Hunter Thompson, Ben Fong-Torres, and Cameron Crowe. I have to admit the British rock publications are far superior in every way than any of the American ones, but then again that’s
not surprising since Britain has produced most of the great music ever since the Beatles and their contemporaries “invaded” us.

What do you think about the quality of writing online?

If you’re referring specifically to online rock journalism, when I’m working on the computer, I don’t really have time to read it.

Which books on rock would you recommend?

Charlie Gillet’s The Sound Of The City is the perfect primer for anyone who wants to learn about the roots are rock and roll.

Who are your favourite rock writers?

What is your music collection like (LPs, CDs, books etc)?

I have a huge music collection that goes from Louis Armstrong, Robert Johnson, Frank Sinatra, Hank Williams, Howlin’ Wolf, the Sex Pistols, Radiohead, Coldplay.. to contemporary indie rock. I also have literally every single album by The Kinks, Rolling Stones, Beatles, Who, Beach Boys, and Beau Brummels, including lots of bootlegs, imports and solo albums. While these are some of my favourite artists to listen to for enjoyment, relaxation, and for when I’m working on the computer. However, as a journalist I always make sure to keep up with current music. I know most people stay fixated with the music of their youth, which is usually the best time of one’s life, but although Greg Lake stated during an interview with him last year, that if you asked most people if they thought the best music was made prior to 1980 or after, the majority would say the former. Frankly, while privately agreeing with him, if one is any type of real journalist, it’s vitally important to stay as contemporary as possible, and be open-minded to new things. It’s not
healthy or creative, to just live in the past.

Can you name some of the best gigs you’ve been to?

Seeing The Rolling Stones anytime is the ultimate rock concert experience. Most of their shows I’ve attended have been huge stadium affairs. However, one show they did at Madison Square Garden, New York’s 20,000 seat arena around 2004 really stands out for me. They have such incredible larger-than-life charisma, they reduced it to feel like it was a small intimate club, and did the best live version of ‘Midnight Rambler’ I’ve ever witnessed in all the years I’ve been following them. 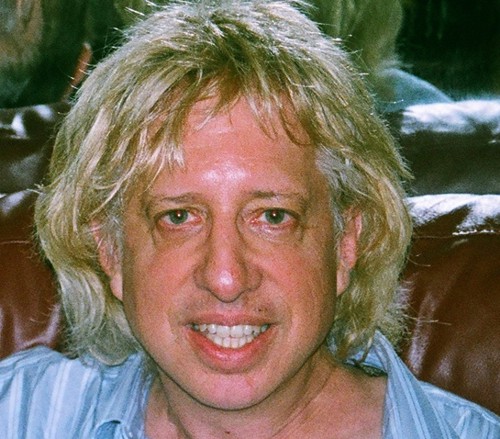