It’s under a couple of weeks till Swedish progressive rockers The Flower Kings release their brand new album ‘Desolation Rose’, and the band are very proud to reveal the first full track and lyric video to be taken from the album. You can hear ‘Desolation Road’ here:

Roine Stolt had this to say about the track: "Desolation Road" portrays a human race hell-bent on destroying environment, peace and inner harmony. It's a very dangerous path the human race is upon at this very now - where we put profit and notorious control of the individual before physical and mental health, a world up for grabs for those who spin upon the axis of greed and individualism. Leading to more than half the world living without proper education and sometimes without food for the day - while the other half live in a danger zone of unhealthy, consuming addictions and made up realities inside our gadgets & fucked up, controlled by corporations media.  We have money and we have freedom and we are spoilt, and we have the gift of knowledge but we constantly abuse it and in perpetual outbursts of religious and monetary conflicts we pave the way for a true road to desolation. Uplifting?

The band also recently released the first instalment of their studio-talks which give a little glimpse into the making of the album. You can check that out here:

The album is also now available to pre-order from the InsideOut Shop, including an exclusive t-shirt bundle which you can get with either the 2LP & 2CD, or the 2CD Mediabook. Check them out here: http://www.insideoutshop.de/Search?q=desolation

You can also pre-order the album physically and digitally here:

They also recently released the first taste of music from the forthcoming new album which you can listen to here: https://soundcloud.com/pale-rider-1/flower-kings-desolation-rose

The track-listing ‘Desolation Rose’ is as follows: 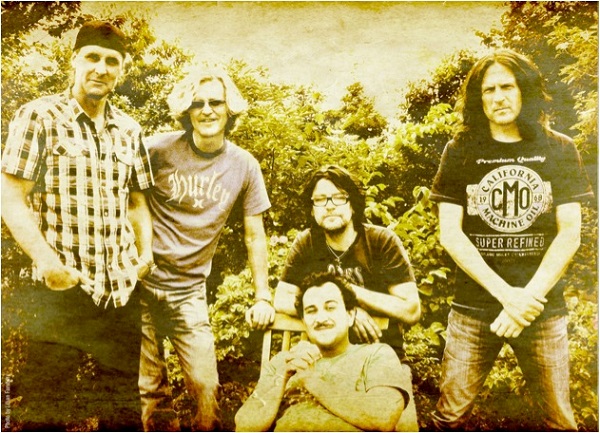