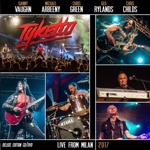 Check out a preview of the show filmed at the Frontiers Rock Festival ...

Danny Vaughn says: "It's been 25 years in the making. From the beginning our goal was to always put on the best live show we could possibly do. This, more than anything else, is what has kept the band alive in the hearts and minds of the fans. And the quotes that our fans have kindly provided for us in the cd booklet bear this out. We are a no frills, no gimmicks, warts and all, balls out rock and roll band. No more, no less. And our audience are family to us. They are just as responsible for how good this concert is as we are. Everybody brought their best game. All that's left to do is to sit back and enjoy!"

The line-up comprised of founding members vocalist Danny Vaughn and drummer Michael Clayton Arbeeny along with guitar wizard Chris Green, bassist Chris Childs (THUNDER) and ex-TEN keyboardist Ged Rylands, TYKETTO co-headlined "Day 1" of FRF IV and blew the roof off with their performance of the classic "Don't Come Easy" album from back to front (yes, back to front, not front to back)! Cameras were there to capture every riveting moment and now, with great pleasure, Frontiers Music Srl is pleased to release this special performance on CD/DVD and Blu-Ray! Michael Arbeeny says: "If a picture is worth a thousand words, then a video is worth a thousand pictures. Tyketto- Live in Milan 2017 not only brings the songs of DON'T COME EASY to life, but also shows the passion and excitement the band takes onstage at every performance. LIVE IN MILAN is simply five brothers enjoying the hell out of what they do.... with a few thousand friends stopping by to join the party."

Tyketto's debut album, "Don't Come Easy" is considered a landmark release amongst melodic hard rock albums of the late '80s/early '90s. While the band has continuously put out quality recordings over the years, fans and critics alike hold the debut album in especially high regard. So, it was with great pleasure that after releasing the band's most recent studio album, "Reach", Frontiers invited the band to play Frontiers Rock Festival IV in Milan, IT to not only play tracks from more recent releases, but to play "Don't Come Easy" in it's entirety to an adoring audience! 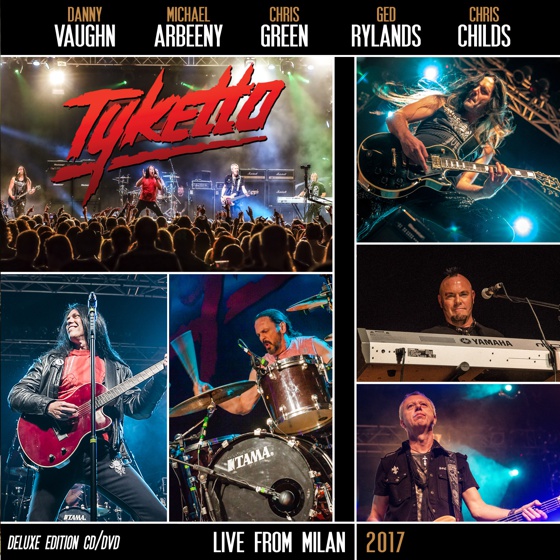