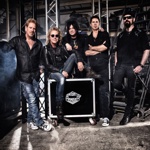 US hard rock supremos Night Ranger have released a new single. 'Running Out Of Time' is taken from their current studio album, 'Don't Let Up', which was released in late March to excellent reviews.

The San Francisco based act have also recently announced two UK shows in March 2018, including a co-headlining London date with Skid Row. The two acts will each headline a night at the popular annual HRH AOR event held in Pwllheli, North Wales just prior to this, with Night Ranger playing on 9th.

Night Ranger drummer, co-lead vocalist and co-founder Kelly Keagy says : "I'm really looking forward to the UK dates we have coming up in March. Playing with our good friends Skid Row at the legendary Shepherd's Bush Empire. It's going to be a kickass show. And also we are going back to the HRH AOR festival in Wales for the second time. I have great memories of the last time we played there. There were so many die-hard fans. I'm really looking forward to it."

With more than 17 million albums worldwide, over 3000 live shows performed, and more than a billion in radio audience, Night Ranger has both epitomised and transcended the arena rock sound and style of that era and beyond. With songs that have significantly impacted popular culture and continue to expand their ever-growing fanbase, Night Ranger is proof that powerful song plus accomplished musicians is the perfect formula for continued success.

'Don't Let Up' is the 12th studio album by the band and celebrates their recent 35th anniversary in style. A mixture of uptempo driving rock songs, mid-tempo tunes and acoustic ballads, it retains many of the elements that made the band popular from the outset, including twin lead vocal tradeoffs between Jack Blades and Kelly Keagy and dual guitar harmonies and solos played by Brad Gillis and Keri Kelli. 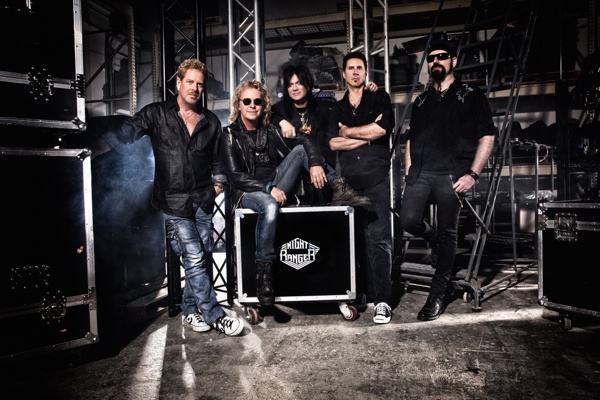