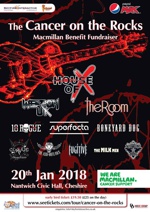 Former members of rock legends Def Leppard, UFO, MSG and the Pirates will be playing at a day-long rock festival in Cheshire to help raise money to fight cancer.

The event, being held at Nantwich Civic Hall on January 20th is called Cancer On The Rocks, and all profits will go to the Macmillan Cancer Support Group.

Eleven bands will feature throughout the day from 1pm, including House of X, Weapon UK, The Big Wolf Band, Superfecta, Fugitive and The Milk Men. House of X features former members of Def Leppard, UFO and MSG whilst The
Milk Men feature two former members of British R'n'B legends the Pirates.

Weapon UK were formerly at the forefront of the NWOBHM in the 80s as  Weapon, and toured with Metallica.

The event is being organised by Skyfire Records boss Rick Palin, from Crewe, who lost his father to cancer last August.

"The one constant that got me through the desperate times was the help and support given by Macmillan", says Rick. "They were such a support to both me and my dad and I will never forget what they did for him and in fact still are doing to help me. I made a vow to do something to help MacMillan"

Tickets are already on sale, with Early Bird tickets from the See Tickets website at £19.50, or they can be bought on the day at the venue for £25, with all profits going to charity. 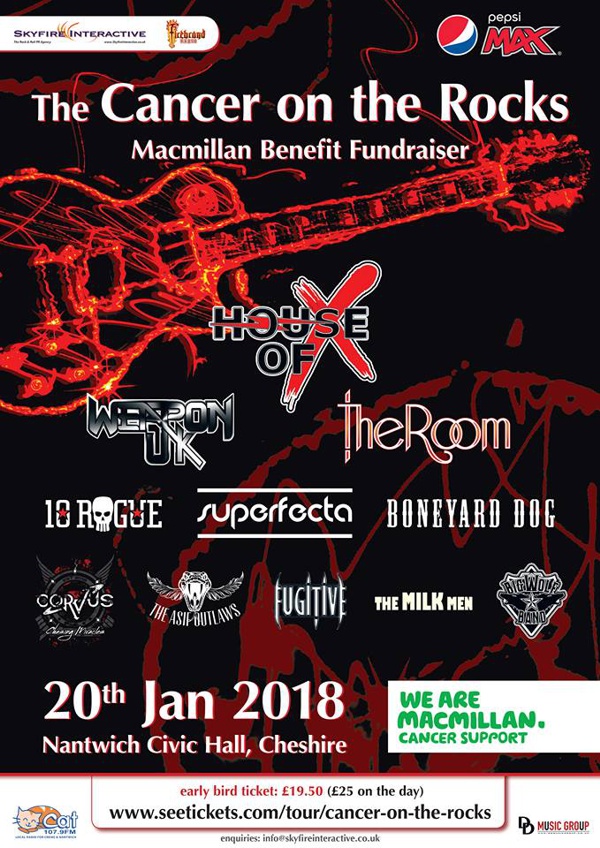