There are few gigs or tours I've looked forward to more in the last couple of years, so I arrive in time to prop myself strategically at the bar, eager to see how the band's rekindled enthusiasm will translate to the stage.

Support act Goldray seemingly peddle a brand of intense seventies-influenced Psychedelic Doom. Vocalist Leah Rasmussen cuts a compelling, sparkly and slightly witchy character, waving her long sleeves around dramatically, lost in the music and the spells it's casting. There's a lot of head nodding around me at the bar, as the four-piece (guitar, bass, vocals, drums) deliver their riff and groove driven set with (sleeve waving aside) minimal fuss. Interesting, and well worth another look. 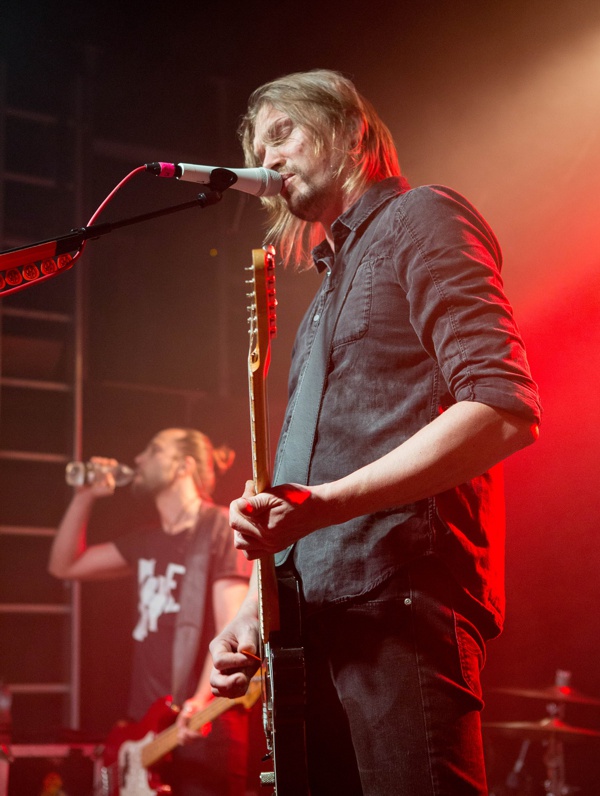 As the intro tape announces the Von Hertzen Brothers' imminent arrival, there's plenty of excitement at the front. Clocking in at around thirteen minutes, 'War Is Over' is a bold choice of opener, as not everyone will yet know the new album. However, the Brothers are fired up and quickly hit their stride. Lead guitarist Kie von Hertzen looks like a wizened Jewish philosopher, all beard, hat and spectacles, but when he lets rip, he really lets rip. Jonne von Hertzen brings relative youth and an astonishingly powerful bass sound, while Mikko von Hertzen holds centre stage with typical confidence – an imposing figure and a fine front-man. From the opening riff to the grand ending it's great stuff, and seeing all three brothers harmonising together is a "goosebumps moment".

It's a sign of what's to come as the band include no less than seven tracks from their new release in a core set of twelve. It's great to see the confidence they have in the new material as they launch into 'Jerusalem', rolling out the new album's big guns early, and again showcasing Kie von Hertzen's lead work.

Kie von Hertzen takes lead vocal on a storming version of 'Coming Home' (from 'Nine Lives'), and when an even harder rocking, frayed and slightly madcap 'Insomniac' (also from 'Nine Lives') follows, it's clear that tonight's set is pulling no punches. I'm particularly struck by the richness and depth of Robert Engstrand's keyboards, and while I never had any problem with the old line-up, it's clear that Engstrand and drummer Sami Kuoppamäki add to both the musicality and the confidence of the band.

'Who Are You?' brings us back to the new album and works well live, growing from dark folksy roots into something like a fully-fledged, all-enveloping oak tree. The band deliver a kick-ass version of 'The Arsonist', dedicated by Mikko von Hertzen to "that one person who screwed me up once, real bad". 'Frozen Butterflies' is also attacked with vigour and is heavier than the album version, while the galloping and robust 'Long Lost Sailor' is, for me, something of an understated highlight. 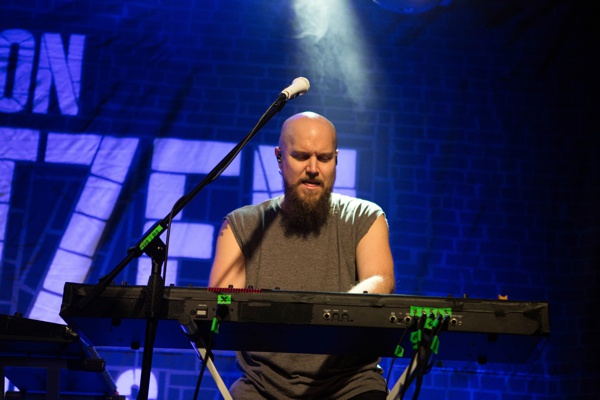 'Sunday Child' invites audience participation and is typically engaging. "Sing your heart out", says Mikko, "as that drives out all the shit and demons". Prog anthem and fan favourite 'Flowers And Rust' maintains momentum before the surprise inclusion of 'Gloria' from the excellent 'Stars Aligned' album. It's an ambitious track, strong on harmonies and Eastern/gypsy flavours, and it proves a good vehicle for a Kuoppamäki drum solo. The band clearly enjoy letting rip, and Mikko von Hertzen sounds genuinely grateful that people have turned out for them on a cold Sunday night. "It's incredible. We come here from Finland – we are from Finland, but it might as well be Bulgaria – and there's a hall full of people here to see us". 'Beyond The Storm', delivered with both tightness and passion, brings the set to an end to a great crowd reaction. 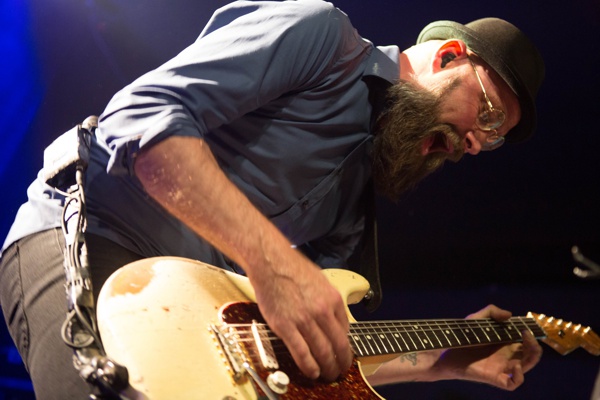 In theory, first encore 'Wanderlust' calms everyone down and shows off another aspect of this quite exceptional band. In practice Mikko von Hertzen has trouble hearing himself over the keyboards and loses his way with the lyrics. The band thus abort halfway through, launching instead into 'New Day Rising', which rocks hard and ends the evening with a flourish. Brief sound lapses aside, it's been a great gig. The boys go out in a blaze of glory, leaving many of those present hungry for more.

Michael Anthony (photos by Ant May)