I am not sure if it was the fact that just about every band in the Western World is currently on tour in the UK (this was the third of four gigs in eight days for me) or that there is a general apathy with people when it comes to going to see live music these days, but no more than forty fans came out to the show this evening and that included the various band members who it was great to see supporting one another.

West Yorkshire, five-piece Death Metal band Autocracy hit the stage at seven o'clock with the most striking feature being one of their guitarists played a 12-string – minus the machine head. They were obviously all very talented musicians, but I just don't understand the growling vocals of the Death Metal genre. Their thirty minute set consisted of just four songs that included 'Turning Point' and the third song that was mockingly introduced as a ballad before morphing into Thrash Metal that made Metallica sound like REO Speedwagon! Set closer and soon to be released first single 'Deliverance' was unbelievably even heavier and saw the singer (sic) join the audience, all two dozen of us, on the floor (those unfamiliar with this part of The Corporation, the stage sits three feet above the crowd) for part of the song. 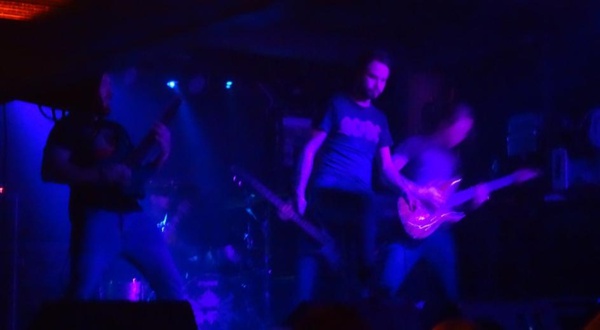 Fragile Things feature original Heaven's Basement vocalist Richie Hevanz and surprisingly were even louder than Autocacy; however, they are more Melodic Metal and all four members supplied excellent backing vocals on the huge choruses. Hevanz, with his powerful vocals and his commanding stage presence, engaged the audience throughout with highlights being 'Enemy Is I', 'Disappear' (lead single from the new EP) and set closer, the epic 'Broken Sun' from their first EP. 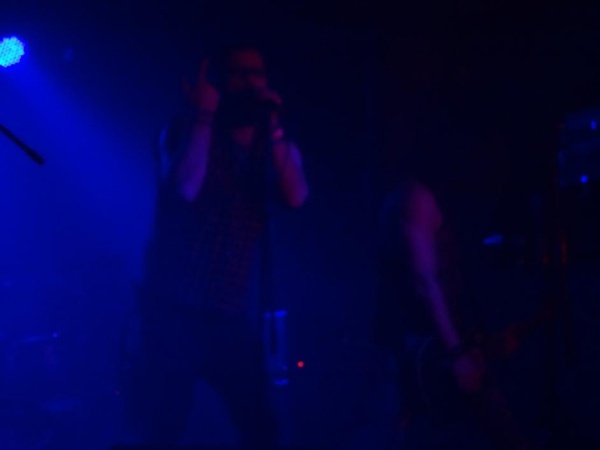 Falling Red hit the stage running with the catchy 'The Day I Lost My Soul' from the band's third full studio album 'Lost Souls'. Lead by the enigmatic guitarist/singer Andrew "Rozey" Rose, who sported a Donald Trump Haters Gonna Hate t-shirt, they continued with the Punk-like anthem 'Out Of Control'. 'Dirt' followed from the new album, however, highlight of their set for me was the pairing of 'Come On Down' which reminded me of Crazy Lixx and the ballad 'My Town, My City' which hilariously saw approximately ten fans making a mosh pit!

Another couple of impressive new songs – 'Hell In My Eyes' and 'Enemies' – preceded 'Disposable' and the raucous and entertaining set closer 'If You Ain't Down With The Rock' where the audience was encouraged to reply "you can fuck right off!"

Kudos to the band Rose, guitarist Shane Kirk, bassist Mikey Lawless and drummer Dave Sanders who did not let the minimalistic crowd dampen their enthusiasm (the same can be said for all four bands). 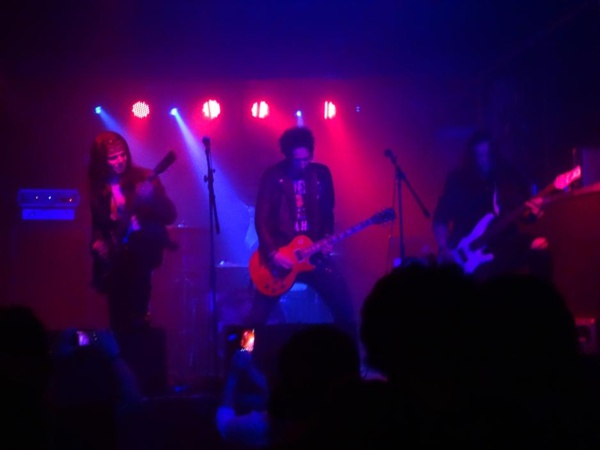 The band that held most interested me this evening were Fahran as I had seen the band on three previous occasions. They opened with arguably their most commercial song 'Take This City Alive' where the band just appeared as silhouettes until the lights behind drummer Josh Fahran came on at the start of second song 'Cased In Steel'. The majority of the eleven song set was taken from their last studio album and first to feature singer Matt Black. 'Long Gone' and 'I Heard A Joke Once' highlighted that these guys write songs obviously with the live arena firmly in mind. They definitely love their Metal and guitarists Jake Graham, Chris Byrne along with Joshua Ballantyne (bass) took every opportunity to throw their shapes in the bridges of each song, whilst drummer Josh Fahran knocked seven bells out of his kit.

The excellent title-track from the sophomore album 'Chasing Hours' slowed things down whilst two new songs premiered on this tour, 'Fire' and 'State of Mind', sounded great on first listen and are a continuance of their sound from the aforementioned second album; hard rocking Metal, loads of time changes and plenty of melody, the latter usual courtesy of the huge song choruses.

'Some Kind Of Family' and 'You Could Be Mine' brought the main set to a frenetic conclusion. Due to the ridiculously earlier curfew, the band wasted no time leaving the stage and went straight into a two song encore of 'Ashes' from their self-titled debut and the hard rocking 'A Thousand Nights'. 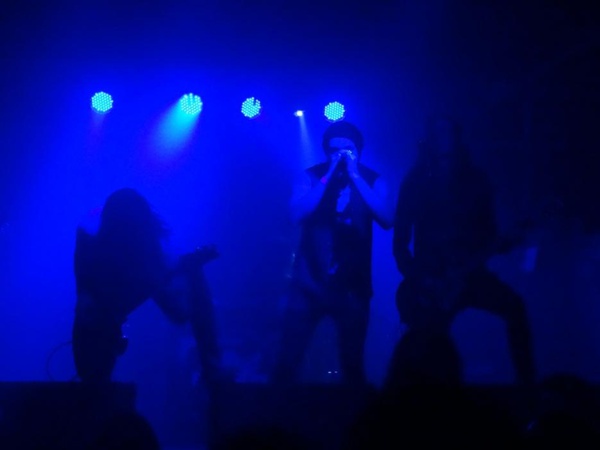 A great evening's entertainment from four bands who obviously love being up on stage and performed like it was a sold-out show at Wembley Arena. All for the less than the price of two pints, so it was even sadder to see hundreds of students waiting to get into the venue following the 10.30pm curfew!