Opener Role Models are a NY style Punk, rough and ready group of reprobates with three minute songs. Front-man Rich Rags has an easy manner with the crowd, which along with his stories about Sam Yaffa and his cats makes up a bit in entertainment and distinctiveness for a bit of a one trick performance. As your basic Punk band, you get what is says on the tin. A bit of light and shade is offered when Rich Jones (from Michael Monroe's band) joins them seemingly of his own volition on one of the tracks from their new album for a bit of impromptu backing vocals, which certainly adds to the occasion.

Following some tribal noises and a clip from a Western cowboy soundtrack, Monroe kicks off with one of his favourite tracks, 'Nothin's Alright' by Demolition 23, but the irony is everything is perfect and Monroe does not stop with energetic hi-jinks from the minute he gets on stage to the very end with an energy and devotion anyone less than half his age would find difficult to match. By third song '78', he is climbing on speaker stacks to the right of the stage to take a good long-distance look at his audience. During 'This Ain't No Love Song' he seems to spend more time tip toeing along the top of his monitors than on the stage itself as he constantly jumps up and down with the balance of a ballet performer. However, he takes time to engage with both his band and the crowd up close and personal, accepting a fan (a Japanese one) from a fan (a human one) during 'Old King's Road' before wrapping his mike around his neck and giving a super high kick audience-wards before doing the splits. With the mike stand above his head like he is weightlifting, the band bang straight into 'One Foot Outta The Grave' – a new song by Jones and one of the new studio tracks on the latest anthology release – during which Monroe lies horizontally across the monitors on the front of the stage allowing fans to touch him and ruffle his hair. It's not long, however, before he is back onto the speaker at the side of the stage, sitting cross legged and then lying back finishes again with splits as he gazes out to the crowd. 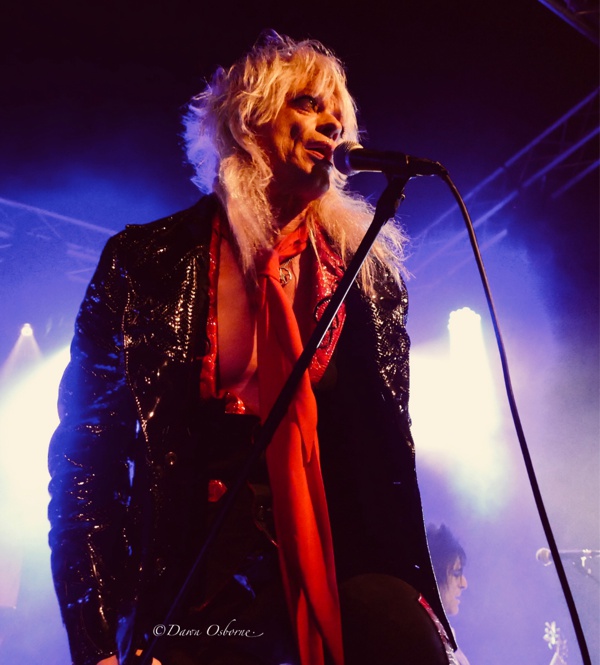 Monroe dons a white nautical hat for crowd pleaser 'Going Down With The Ship' before asking if people have the new release and launching into another new studio offering from it with 'Simpletown'. There's some good energy on stage, the band are in sync and on form and the crowd receive the new material well. We get a fine sax and guitar duet in 'Trick Of The Wrist' before they do an old Demolition 23 favourite, 'Hammersmith Palais', which Monroe sings most of it directly to the front row inches away. At the end he gets up and does another huge high kick towards the crowd knowing he nailed it. Next up is the Nazareth cover 'Not Fakin' It' which Monroe has made his very own for his fans and during it we get Steve Conte centre stage with accompaniment on harmonica from Monroe. By now, Monroe is wearing a black MM biker cap which falls off as he jumps and spins horizontally, to which he pays no mind before thrashing the ground with the mike and doing some more splits! 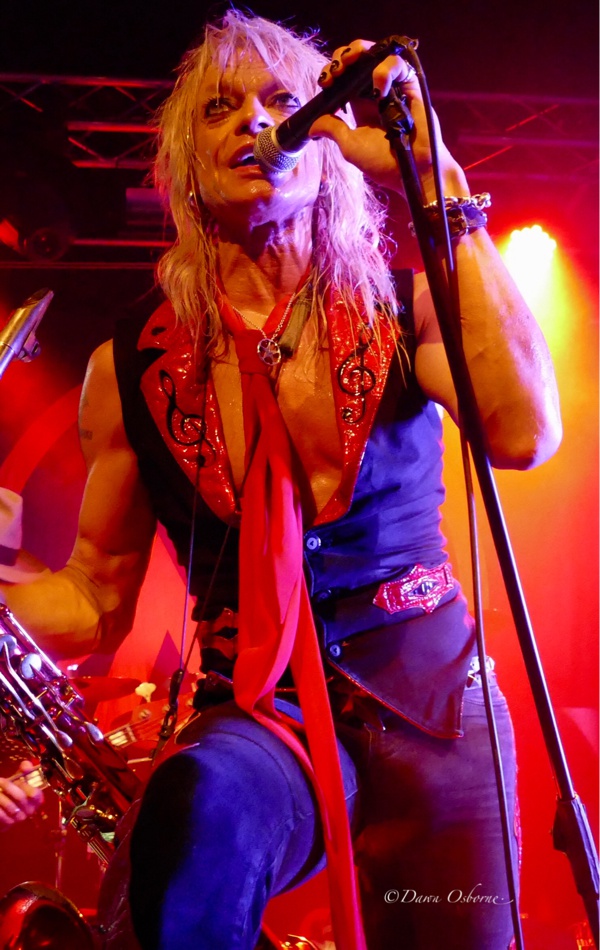 Wearing a patent jacket over his shoulders, 'All You Need' is slower, showing off Monroe's voice more than the fast-paced numbers and we also get a bluesy solo from Conte almost in silhouette against the lights. During 'Ballad Of Lower East Side' Monroe skips from side to side and climbs the rigging, getting the audience to clap while we hear a slightly different vocal style from him; something more bluesy than usual. It's Jones' chance to take centre stage while Monroe opens his legs kicking them both up from the ground at once!

After 'Horns And Halos', a little more mouth organ and a guitar duet, Monroe consciously breaks up the performance by introducing Sam Yaffa where he states "still the best of friends, brothers after all these years" and mentioning Razzle's birthday before launching into a block of Hanoi Rocks numbers, starting with the poignant 'Don't You Ever Leave Me', before faster paced numbers 'High School' (during which Yaffa kills the bass at the front and enters into a high kick of his own before Monroe strolls forward like a confident cool cat to a perfect pose), 'I Can't Get It', 'Malibu Beach Nightmare' (which heavily features Monroe on sax) and 'Up Around The Bend'. The latter sees some young Glamsters invade the stage and Monroe invites them to sing, although it seems they really just want to dance and get close to the great man himself. After indulging them for a while, Monroe does the can himself and does at least his fifth set of splits. Finishing with 'Dead, Jail, Or Rock 'N' Roll,' Monroe goes down to the front to get the crowd singing before the number turns into a bit of a jam with more mouth organ and a panoply of splits that takes us well into double figures for fully horizontally extended limbs from Monroe tonight (if anyone were keeping score, seems I was). However, the final party trick is a balancing act on the drums in Eros pose with back leg extended high and to the back; although it would be impossible for most, Monroe manages to hold it for an exceedingly long time to rapturous applause. The crowd scream and bang the floor before the band come back for an encore and another block of three Hanoi Rocks songs – 'Underwater World', 'Tragedy' and Heartbreakers cover 'I Wanna Be Loved'. Yaffa seems in his element, high kicking once again and Monroe leads a sing-along with the crowd to the refrain "love, love, love, love, love" before we get a final death defying leap from him from the drum riser. 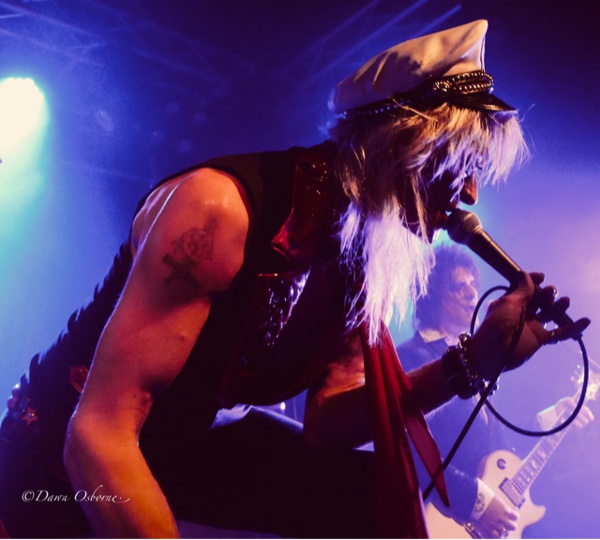 This was a super long set tonight (as you can tell from the length of this review) but the energy did not dip for a single moment, even during the several slower numbers that were played. Quite simply, Monroe is mesmerising on stage and seemingly finding the family style band environment he always wanted (but seemed to elude him when McCoy was in the same band) where he is able to express himself freely and with his mind on all the right stuff. Since I am a huge Hanoi Rocks fan and the band played so many more Hanoi numbers than they have done in recent memory, this was the ideal blend for me of old and new. Monroe's new material more than makes a good show, but for me, the mix of both made this the perfect Michael Monroe gig. Seemingly still at the peak of his physical condition and able to deliver all his old and new material with his charismatic Glam Punk charm and poise, fans could only have been delighted by what they saw tonight.