The announcement reads, in part, “Dave Grohl, Nate Mendel, Chris Shiflett, Pat Smear and Rami Jaffee will come together with the Hawkins family to celebrate the life, music and love of their husband, father, brother and bandmate with The Taylor Hawkins Tribute Concerts.”

One show will be held at London’s Wembley Stadium on September 3; the other is set for September 27 at The Kia Forum in LA. Tickets go on sale June 17, with the lineups for each show to be announced “shortly,” the band said.

The statement goes on to note that “several” of the musicians Hawkins idolized, who offered “passionate and sincere tributes” in the wake of his death on March 25, will appear at the shows, along with the Hawkins family and the band. The shows will feature Hawkins’ “bandmates and his inspirations playing the songs that he fell in love with, and the ones he brought to life.”

Hawkins died when the band was on tour in Colombia. Though there has been much speculation regarding his cause of death, no official cause has yet been publicly revealed.

The lineups for each show will be announced shortly. More info at https://www.foofighters.com/. Tickets go on sale June 17th. 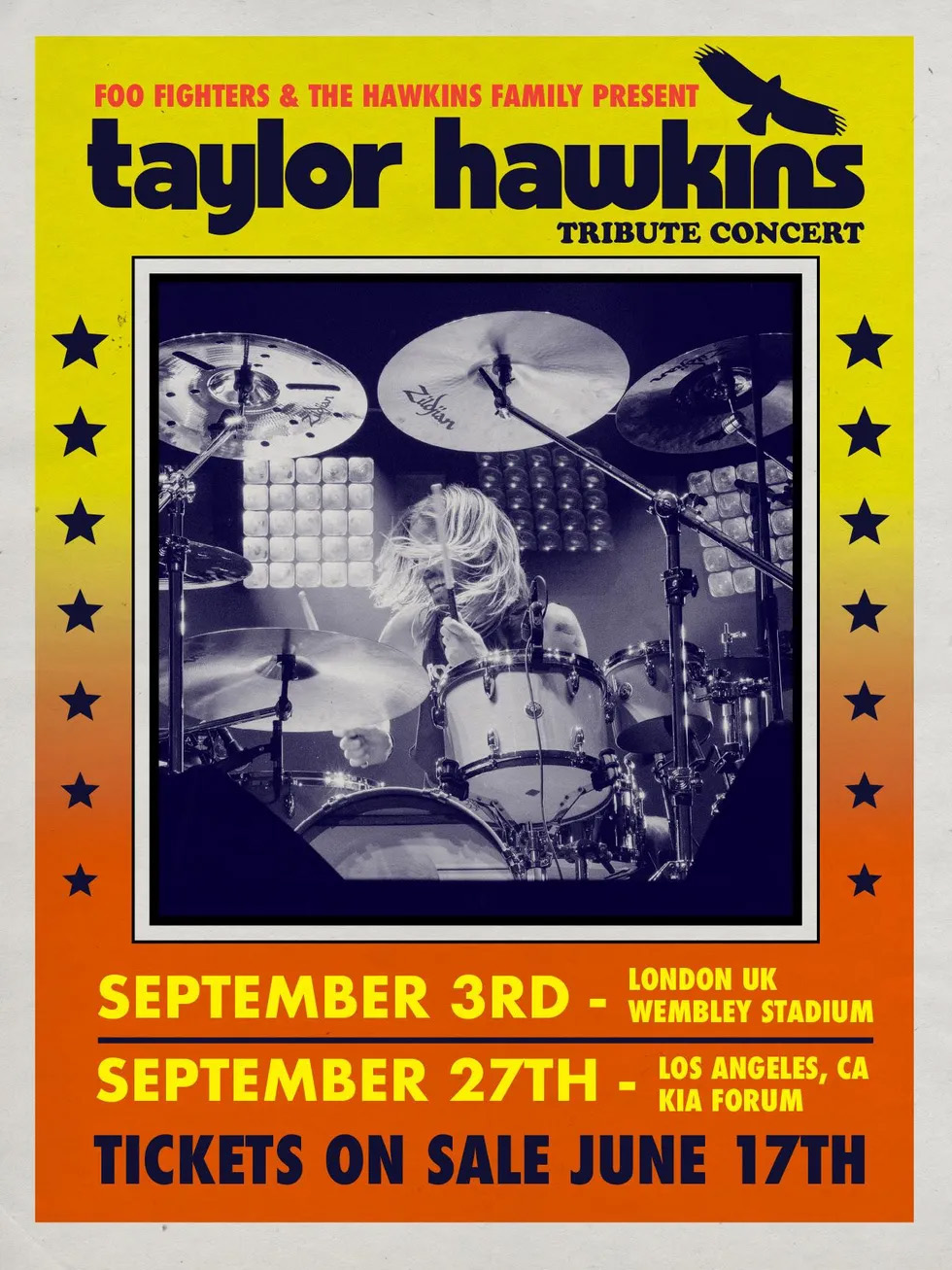