The latest issue of FIREWORKS sees us chat to one of the mightiest Metal acts to ever walk the earth, as Iron Maiden return with their 'Senjutsu' album, their first collection of new material in nearly six years.

One band who constantly release new music is the beloved Magnum, who talk to us about their incredible 50th anniversary and their 22nd effort 'The Monster Roars'. Meanwhile David Coverdale guides us through the latest lavish Whitesnake reissue, with 'Restless Heart' taking its turn to get an impressive upgrade.

Then we have hugely respected artists like Steve Vai, Steve Hackett and Grammy winner Melissa Etheridge nestling alongside newer acts like the award winning When Rivers Meet.

That's just a smattering of the 40 interviews we're carrying, alongside all our usual reviews (more than any other music magazine) and recurring features, crammed into 164 beautiful glossy pages.

FIREWORKS Issue 97 has something for everyone. Available in WHSmiths on December 16th, or you can have one posted to you by pre-ordering HERE. 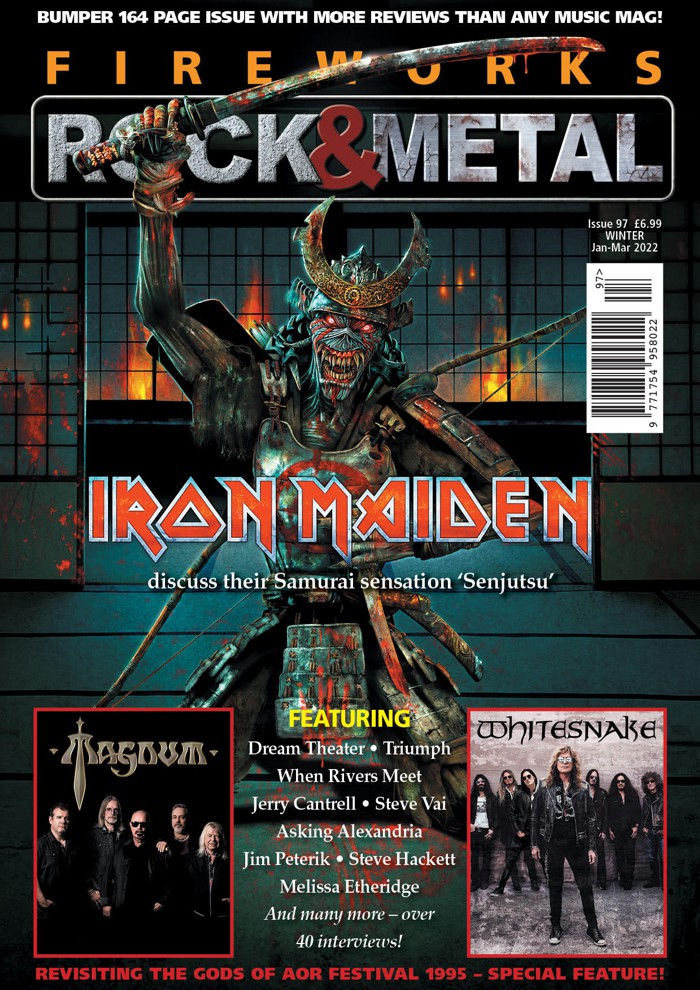